The Evolution of Risk Management: 25 Years of the FRM

How does a recovering lawyer with a background in Wall Street derivatives find himself at the center of a global embrace of risk management? As we mark the 25th anniversary of the Financial Risk Manager (FRM®) Certification, GARP CEO Rich Apostolik reflects on the journey, from the program’s humble beginnings to its development as a global standard with over 77,000 certified professionals around the world.

When the FRM was launched, risk management was not yet fully established as a profession, largely existing in the shadows at financial institutions. Success, Apostolik acknowledges, wasn’t exactly achieved overnight. “For the first two years the only people willing to take my calls were bill collectors,” he quips. “But in all seriousness, one of our biggest problems was figuring out the right people to talk to.”

For Apostolik and his early co-workers, the key to establishing the FRM’s appeal was making sure they didn’t present risk management as an academic exercise. To keep the FRM practical, rather than merely educational in scope, top risk management minds were recruited to join GARP’s FRM advisory committee. Importantly, GARP was fortunate to attract the interest of Dr. Rene Stulz, one of the world’s leading risk management-related academics, who agreed to chair the committee. “This would ensure the program evolved in a way that best supported what the financial industry and future risk managers needed in the real world. It was practitioner-driven, and quality meant everything,” Apostolik emphasizes.

As the breadth of the material expanded, this eventually led to the FRM changing from a single exam to a separately administered Part I and Part II. “It became too much material to learn at once, and we didn’t think it was fair to expect someone to spend eight hours taking a test,” Apostolik notes. GARP administered the first FRM Exam Part I in 2009.

The program was fairly basic in the beginning, with most financial firms in the 1990s focused on credit and market risk. But that didn’t stop people from talking about the FRM. Indeed, says Apostolik, much of the FRM’s success over the years has come through word-of-mouth. “Having certified professionals encouraging their peers to take the FRM has been a major driver of its success and enabled us to grow organically,” he recollects.

Global From the Beginning

GARP’s FRM advisory committee included people from around the world from its inception. The goal, Apostolik says, was to make the FRM “a global program that represented best-in-class concepts widely-accepted by the financial industry.” That was, in fact, a major consideration in every project GARP embarked upon, and eventually led to strong growth outside of the U.S.

One area that helped accelerate the program’s expansion was China. Apostolik made his first trip to China in 2005 and was introduced to interested parties at the major national banks. ICBC adopted the program internally and sent over 600 individuals a year offsite on six-week training programs for the FRM. The program also received strong support from the People’s Bank of China, led by the bank’s deputy governor at the time, Wu Xiaoling.

These early adopters convinced other banks to get involved. “Building in China helped us grow dramatically, to fulfill the Chinese financial marketplace’s desire for education around globally accepted risk management approaches and concepts,” notes Apostolik.

If there’s one thing that had the greatest impact on establishing the importance of the FRM, Apostolik thinks it was the global financial crisis (GFC) of 2007-2008. A professional designation like the FRM is voluntary, so GARP was prepared for registrations to fall off amid turmoil and job losses. “At first it surprised me that our exam registrations continued to go up. People were losing their jobs on Wall Street and around the world,” he recalls.

Looking back, Apostolik sees two reasons for the program’s expansion throughout the GFC. The first was that employees wanted to demonstrate objectively to their employers that they had the crucial risk management skills that were in demand. These skills, they reasoned, would give them a leg up on their non-credentialed peers.

The second was that the FRM’s curriculum built on the lessons learned as the GFC moved forward. “The FRM’s focus on derivatives and structured products, as well as all the regulations emerging from the Basel Accords that were incorporated into the exam, made candidates realize they needed to understand this stuff in order to be professionals in their field,” reasons Apostolik.

He is convinced that the GFC solidified risk as a function and turned the identification, assessment and management of risk faced by financial institutions into a profession, as opposed to just being a part of a credit team or an accounting function within an organization. “The industry recognized that it needed people who understood the regulations in depth and could work with the traders and the other people within organizations to allow the bank to use and protect its capital more efficiently,” Apostolik elaborates. “That really put a spotlight on the value of risk managers within an organization.”

After the GFC, senior risk managers were elevated to positions within corporate C-suites, further solidifying the profession’s emergence.

The COVID-19 pandemic, on the other hand, did not materially change financial risk management, according to Apostolik. However, he adds that it did lead the industry to focus more on operational risks versus credit and market risk. “There are supply chain issues and third-party vendor risks that were not as prominent before. Meanwhile, market and credit risks are more well understood now than they've ever been,” Apostolik explains.

Where is Risk Management Headed?

Apostolik doesn’t like making predictions about the future of financial risk management, preferring to let the FRM evolve as needed. But based on current trends, it seems inevitable that there will be increasing attention on operational risk, including developing a greater understanding of how artificial intelligence (AI) and machine learning (ML) are deployed in risk management.

For these disruptive technologies to be more widely deployed in financial services, explainability must be improved. “I think one of the biggest issues that you're seeing now is that it's hard to explain how ML and AI actually work in different types of algorithms,” Apostolik says. “If you can't explain how it works, then you can't really use it. I think organizations and individuals well-versed in building and explaining these models are going to be extremely important.”

Risk managers, he elaborates, will also need to communicate effectively about which AI/ML systems they are building and how those systems operate. While that may be a challenge to teach in an exam, Apostolik is confident the FRM will keep up with industry demands in a rapidly changing world.

Reflecting on the success of the FRM, Apostolik takes pride in the dedication of all the people who helped build the program over the years. “How many organizations can say they've developed something that the world has adopted as a standard?” he asks. “Risk management went from an industry that didn't exist to one that has become an integral part of the C-suite. GARP didn’t do this alone. There were so many people who have seen the value in the program and been willing to contribute their time and their talent to building it and maintaining it and keeping it the global standard.”

Tod Ginnis is a content specialist at GARP. He is the author of a GARP blog that is aimed at early-career risk managers and professionals aspiring to earn their Financial Risk Manager (FRM) Certification. 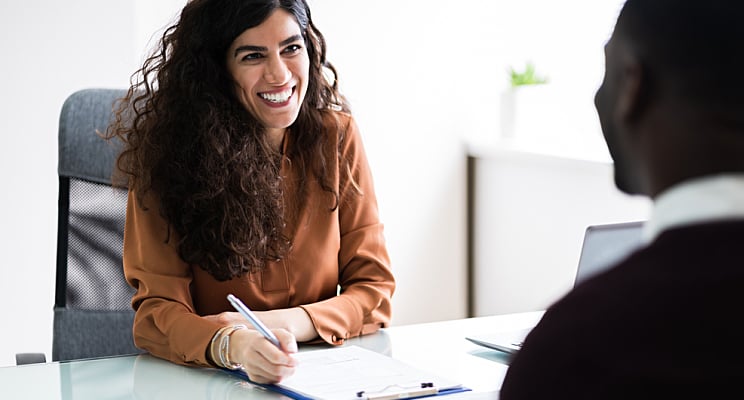 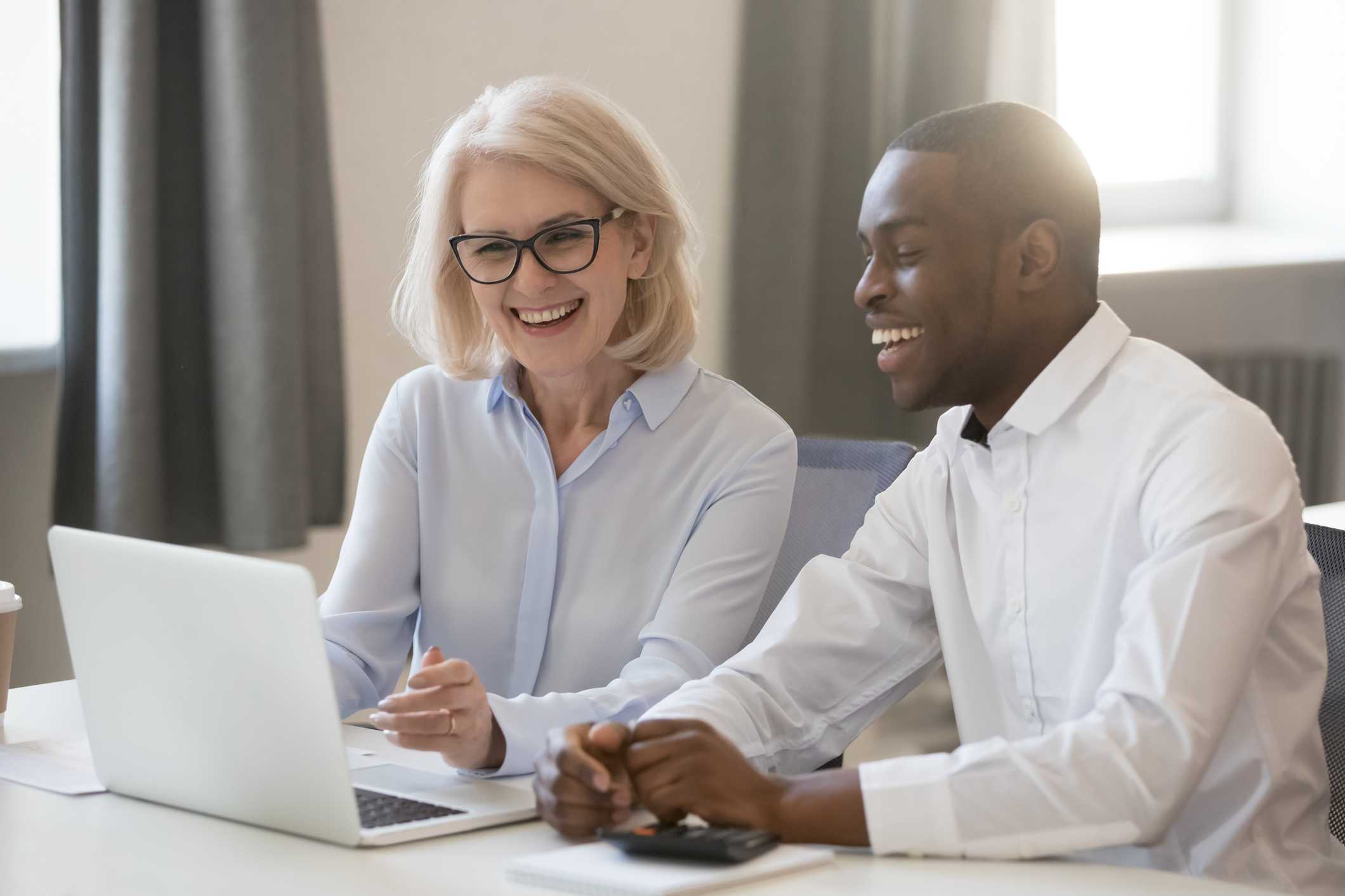 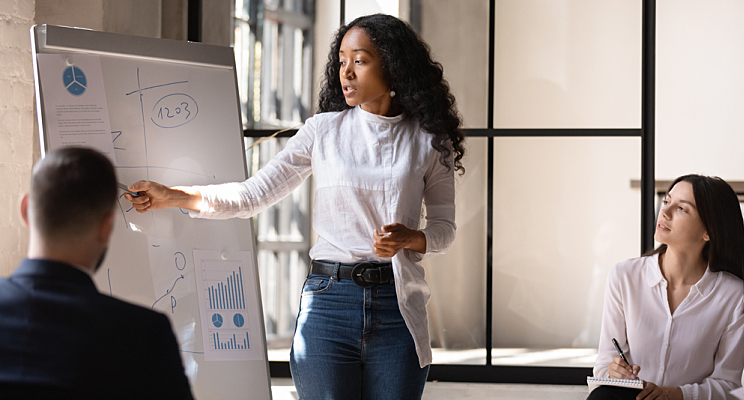