India: A Case Study in Climate Mitigation and Adaptation

This article explores the difficult trade-offs that need to be made between the competing claims of climate mitigation, adaptation, and economic development.

This article has been updated for COP 26 commitments, recent Reserve Bank of India (RBI) statements, and current green bond issuance. The original article was published Oct. 18, 2021.

After decades of population growth and economic development, India is now the third largest emitter of greenhouse gases in the world. Not only is it now having a large impact on the climate, India is among the countries most vulnerable to climate change due to its geography and dependence on agriculture. It has been estimated that if emissions are not significantly reduced India could suffer economic losses of USD 35 trillion. Indeed, much of India experienced a heatwave in April this year and in 2021 alone it experienced a number of extreme weather events: cyclones, a glacier collapse, heatwaves and floods. Thus, India makes a thought-provoking case study for policymakers and risk professionals given the difficult trade-offs that need to be made between the competing claims of climate mitigation, adaptation and economic development. 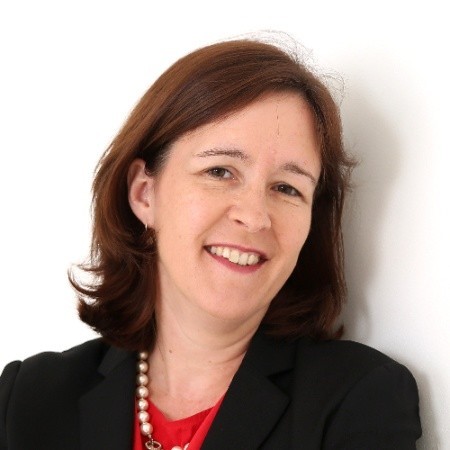 The banking regulator, Reserve Bank of India (RBI), explains that “India has witnessed changes in climatic patterns in line with the rest of the world… the rainfall pattern, particularly with respect to the [south west monsoon] SWM, which provides around 75 percent of the annual rainfall, has undergone significant changes. Moreover, the occurrence of extreme weather events like floods/unseasonal rainfall, heat waves and cyclones has increased during the past two decades, and data reveal that some of the key agricultural states in India have been the most affected by such events.” As India’s most recent nationally determined contributions (NDCs) - the actions it has committed to take to reduce its emissions and adapt to the impacts of climate change - show, it is also one of the countries most vulnerable to the impact of accelerated sea level rise from global warming due to its long coastline, large number of islands, and about 170 million people living in coastal regions.

The RBI also notes that precipitation and temperature – the two key climate indicators – “play a crucial role in the overall health of the Indian economy.” As well as affecting food production, the extreme weather in agricultural states impacts employment and GDP, with approximately 44% of the working population employed in agriculture and allied sectors which contribute about 20% of GDP, according to M.K. Jain, the Deputy Governor of the Reserve Bank. Several challenges confronting Indian agriculture, including diminishing and degrading natural resources  and unprecedented climate change, need to be tackled for the long-term sustainability and viability of Indian agriculture. He further stated that “banks will have to integrate ‘sustainability’ into their business strategy and decision-making processes in order to support environmentally responsible and sustainable projects in the agriculture sector," and innovative financing models are needed for this.

There is uncertainty over how large the impacts might be. The Swiss Re Institute, for example, estimates a 35% reduction in the level of India’s GDP by 2050 if greenhouse gas emissions are not reduced globally, and approximately a 6% GDP reduction even if the Paris Agreement goals are met. Oxford Economics has framed the impact differently, estimating that India’s GDP could be 90% lower in 2100 than it would be if there was no climate change, suggesting that climate change has the potential to absorb all of India’s future prospective growth in income per capita. And Deloitte has estimated USD 35 trillion of economic losses by 2070. While these different approaches produce diverse estimates, they all show that the impact will be big, and consequently, more investment in mitigation and adaptation is needed.

Not only will the changing climate have a significant impact on India, but India is also expected to have a significant impact on the climate. Although historically it has not had high emissions, India has risen to the number three spot in the national emissions rankings, behind China and the US. The RBI noted that “With the increase in population, the cumulative level of greenhouse gas (GHG) emissions has increased, resulting in a rise of average temperature. According to a study by the International Energy Agency (IEA), India emitted 2,299 million tonnes of carbon dioxide (CO2) in 2018, a rise of 4.8 percent over the previous year.”

Unfortunately, India’s future potential emissions are not yet aligned with the Paris Agreement goals. India’s NDCs currently correspond to temperature increases between 3°C and 4°C according to Climate Action Tracker. (Find out more about NDCs and their place in the Paris Agreement in this short article.) India increased its commitment to reduce greenhouse gas emissions, at COP 26 - the last annual meeting of the signatories of the Paris Agreement - pledging to cut its emissions to net zero by 2070. While that is a large increase in commitment it isn’t yet aligned with the worldwide goal of cutting emissions to net zero by 2050, which is needed to limit global warming to 1.5°C.

A 2021 RBI Financial Stability Report noted that climate change and the associated mitigating policy commitments are “set to reshape the macroeconomic and financial landscape”. Extensive funding is needed both to reduce future emissions and to finance the adaptation needed to manage the impacts of climate change. In their most recent NDC India estimated that at least USD 2.5 trillion (at 2014-15 prices) will be required for meeting its climate change actions between 2016 and 2030. And the International Energy Agency estimates that nearly 60% of India’s CO2 emissions in the late 2030s will be coming from infrastructure and machines that do not exist today. If this investment is to be sustainable, $1.4 trillion extra funding (above that required for current policies) is needed over the next 20 years. Like most of the world, green bond issuance in India - which could provide some of this funding - is currently a small proportion of all bond issuance.  The rate of issuance is increasing, however, with USD8.5 billion of green, sustainable or social bonds issued in 2021.

There are also substantial opportunities in other financial markets, such as the development of a derivatives market to aid adaptation via products such as:

Of course, meeting the needs of climate change financing carries the usual financial risk implications of any lending. An RBI analysis shows that banks’ direct exposure to fossil fuels – through electricity, chemicals and cars - is 10% of total outstanding non-retail bank credit, so it should have a limited impact on the banking system. However, it notes that many other industries indirectly use fossil fuels and their impacts also need to be closely monitored.

The RBI has noted that policy measures such as a deepening of the corporate bond market, standardization of green investment terminology, consistent corporate reporting and removing information asymmetry between investors and recipients can make a significant contribution in addressing some of the shortcomings of the green finance market.

Given the widespread impact of climate change, it isn’t just the banking regulator that is looking at how climate risk will affect firms in its jurisdiction – in 2012 the Securities and Exchange Board of India (SEBI) mandated business responsibility reporting for the largest 100 listed firms. In 2021, the reporting requirements were expanded to specifically include greenhouse gas emissions, and the number of firms that need to disclose increased to 1,000. The reporting requires more quantifiable metrics, which are easy to measure and compare across companies, sectors and time periods.

Reflecting the fact that addressing climate change is a global problem, needing both local and global solutions, the RBI joined the Network for Greening the Financial System (NGFS) in April 2021. During COP 26 the RBI reinforced its support for the NGFS by committing to explore the use of climate scenario analysis to identify banks’ vulnerabilities, integrate climate-related risks into financial stability monitoring, and build awareness and capability in banks. The NGFS’s purpose is to strengthen the global response required to meet the goals of the Paris Agreement and to enhance the role of the financial system to manage risks and to mobilize capital for green and low-carbon investments. These goals align very well with the work India needs to undertake to make not just its financial system resilient to the risks from climate change, but to balance mitigation, adaptation, and economic development across the country.