Organizations across the U.S. continue to transfer billions of dollars of defined benefit (DB) pension plan liabilities to insurance companies. These so-called pension risk transfers could easily total more than $30 billion in group annuity premiums in 2021, after averaging a little over $25 billion per year over the prior four years. This momentum is expected to continue in 2022 and beyond, even if interest rates remain low.

Group annuity purchases completely transfer the risk and administration of pension benefits to highly rated insurance companies. General Motors (GM) and Verizon jump-started the current era of pension risk transfers in 2012 with massive group annuity contracts for select retirees totaling $25.1 billion and $7.5 billion, respectively. Group annuity purchases occurred prior to 2012, but they were mainly executed for plan terminations and rarely exceeded $1 billion to $2 billion a year. However, since 2012, private-sector pension sponsors have moved over $180 billion to insurance companies.

Why did the GM and Verizon transactions seemingly open the floodgates for the modern era of buyouts? Nearly four years prior to the $25 billion retiree buyout (and, interestingly, a few months prior to the Great Recession), a July 2008 New York Times editorial called out GM’s humongous pension plan – a problem which turned GM into a pension plan that happened to sell a few cars on the side. 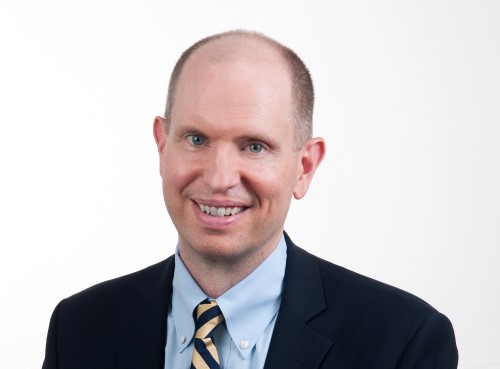 The number of frozen pension plans has skyrocketed over the past several decades. U.S. Bureau of Labor Statistics data show that between 2010 and 2020 alone, the percentage of workers in frozen private-sector DB plans increased from 22% to 43%. Frozen plans remain on the plan sponsor’s balance sheet, but do not support the ongoing compensation and benefits strategy. And the cost of administering frozen plans continues to climb. Take, for example, Pension Benefit Guaranty Corp. (PBGC) premiums (headcount- and risk-based “insurance” premiums assessed to plan sponsors): Rates charged to pension plans have increased dramatically over the past 10 years, with no signs of stopping anytime soon.

Not surprisingly, organizations rarely if ever “unfreeze” their frozen plans. Instead, they often de-risk by shrinking them, and pension risk transfer accomplishes just that.

Retirees currently collecting monthly pensions have been the “low-hanging fruit” of pension risk transfers, since the liabilities for these plan participants are easy for life insurance companies to price and administer. Plan sponsors can simply identify a group of retirees, obtain quotes from insurers, and transfer the liability and administration over to an insurer of their choosing. Retirees don’t pick the insurer, nor can they opt out.

The remaining plan is smaller, and the resulting administration costs are lower. Retirees’ ongoing benefits are no longer protected by the PBGC, but they are guaranteed by a financially strong and highly regulated insurer. Should anything go wrong, state guaranty association protection is often available.

From the retirees’ perspective, nothing changes except the payor is now an insurer – which is why regulators have generally not objected so far. For these reasons, group annuity purchases for pension plans have made sense.

Risk transfers in the form of group annuity purchases will continue, so long as there remains supply-side capacity from insurers. There are currently 18 insurance companies in the U.S. in the pension risk transfer market; 10 years ago, there were only eight.

More insurers will likely enter this market in the future. And, as highly regulated entities that have managed longevity and investment risk for generations, insurers are often better suited to manage pension risk than the average plan sponsor who has other business priorities.

While low-yielding investments in the financial markets are, and have been, a significant headwind for most insurance companies in the U.S., low interest rates have not stopped the flow of assets from plan sponsors to insurers – as we’ve witnessed over the past 10 years. Sponsors clearly have not waited for interest rates to rise, and pension risk transfers will continue even if interest rates don’t.

Pension obligations have been a sizable form of corporate debt for some time. The impact on cash flow, balance sheets and income statements was historically manageable for many organizations, with the notable exceptions of airlines and steel companies. However, changes in GAAP accounting rules impacting disclosures, and the introduction of tighter funding rules in the unfortunately timed Pension Protection Act of 2006, moved pension obligations to the front burner. No longer could the problems be kicked down the road.

While U.S. manufacturers have grabbed the pension risk transfer headlines over the past decade, financial institutions that sponsor pension plans face the same pension risk factors that other organizations face. As plans mature (especially frozen plans), plan sponsors will need to decide between “hibernation” (manage risks while letting the pension program run its course over the next several decades) and “termination” (remove the obligation from the balance sheet and make the problems go away sooner). Either path diminishes the aggregate impact of pensions on corporate balance sheets.

But, while the number and amount of group annuity purchases have been noticeable over the past 10 years, we note that this is just the tip of the iceberg. We expect that pension risk transfers – through ad hoc group annuity buyouts and plan terminations – will continue at a brisk pace for the foreseeable future.