These are activities far more likely to be associated with technology and innovation than with risk management and compliance – except where entrepreneurs are shaking up old assumptions.

At the Finovate Fall conference in New York, the founders of three startups – Themis, Debbie and Cable – demoed new technology and revealed how they are innovating in their respective specialties. Although active in different parts of the business, they have at least one characteristic in common: experience gained before they started their companies.

CEOs Neepa Patel of Themis, Frida Leibowitz of Debbie and Natasha Vernier of Cable spoke separately to GARP Risk Intelligence about their firms, strategies and goals.

At a time when banks often partner with fintechs, crypto-asset ventures and banking-as-a-service vendors, they are likely to welcome a single solution for risk and compliance workflow management in a holistic and collaborative fashion.

Neepa Patel, a former bank examiner who worked on Wall Street at Morgan Stanley and Deutsche Bank and was chief compliance officer at enterprise blockchain company R3, launched Themis in 2021 to offer such a unified solution.

In the banking sector, the CEO points out, “Compliance has always been siloed, and that needs to change, as compliance officers are always collaborating with other departments.”

She says that Themis’s cloud-based capabilities allow for secure communication and collaboration not only within compliance teams, but also with C-suite and executive teams, operations and marketing professionals whose input is often required for compliance and risk management. 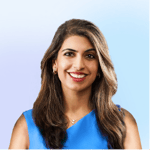 “We created software where everyone is able to speak the same compliance language,” Patel says, enabling firms and their partners to establish standards that will help them navigate through regulatory change.

The Themis framework is also designed to facilitate and accelerate cross-border and cross-sector partnerships, the founder adds, making it easier to meet complex and ever-expanding compliance requirements. Themis recently completed a SOC 2 type 2 audit of security and data controls, which Patel says provides assurance to users.

She recalls in previous jobs spending much of her time chasing down data, and not enough time being analytical or helpful to executive teams. “We need to change the way we do work,” Patel says, with tools such as Themis – designed by experienced risk and compliance people – streamlining tasks and allowing more time for thoughtful analysis.

For Frida Leibowitz, co-founder and CEO of Miami-based Debbie, innovating in the debt loss/credit arena is a cause that’s personal.

“I grew up in a single-parent, immigrant, non-college-educated family that had no access to financial education and always struggled with debt,” she said in an interview with Forbes. “As an adult, I fell into the same debt trap and racked up $15K in credit card debt by the age of 21.”

Graduating from New York University’s Stern School of Business, Leibowitz had accumulated student debt and decided to study the credit industry from within, working as a senior credit risk analyst at Goldman Sachs’ Marcus digital bank.

“I had the unique opportunity to simultaneously sit in the borrower’s and lender’s seats,” Leibowitz says, and over time, she became increasingly frustrated by how the traditional lending and debt-loss systems worked.

“The missing piece for me in traditional lending is what happens after loan initiation,” she says. “In the old-school risk mentality, once you book the loan, you have no control, and there is very little risk management if anything goes wrong. I felt there has got to be a better way.” 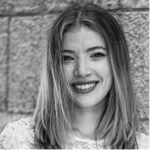 She decided to leave Marcus and launched Debbie in 2021, with the idea of helping borrowers transition from being in debt to building wealth.

Debbie’s app-based platform encourages individuals to pay down debt and rewards them as they go. Consistent, positive behavior is reinforced with bigger cash rewards.

“When we started digging into the debt problem, we understood that this was not just a math problem, but a behavior problem, and that the emotional component was being ignored,” Leibowitz says.

“When we saw how Noom was able to sell the hard work of losing weight to their users, we began to see ourselves as a younger Noom in the debt-loss space,” says Leibowitz, who has hired Shane Blackman, a psychology PhD and head of product growth at Noom, as a behavioral consultant.

Debbie is in beta testing with 1,000 individuals, and more than 16,000 are on a waiting list. Current active users have paid down an average of three times more debt ($450/month) than those who are not active and added an average of $100 a month to their savings.

The intention is to make Debbie free for the 40% of American families with credit card debt. As a user makes progress, Debbie can refer them to a bank partner – provider of the cash rewards – who can make a refinancing loan. Banks can also keep borrowers on the Debbie program – for a fee - to continue to reward positive results.

A lesson learned, according to Leibowitz: “To be a good risk manager, you have to understand behavior psychology tendencies.”

While serving as head of financial crime controls at U.K.-based Monzo, Natasha Vernier encountered an abundance of technology offerings to address financial crime challenges. But she could not find any technology to address the fast-growing challenger bank’s oversight and assurance needs, despite regulatory requirements to continually test such controls. 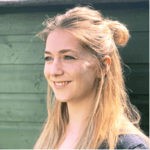 “We would have to pay consultants to manually review four and a half million accounts, and seeing this process occur over and over again made no sense,” Vernier says, even as virtually all other aspects of Monzo’s operations were automated.

The SOC2-compliant firm offers a tool that enables banks, banking-as-a-service providers and compliance officers to automate financial-crime assurance and effectiveness testing so that regulatory breaches and control failures are discovered in real time.

“For too long, bankers and their risk managers have viewed remediation projects, regulatory breaches, and control failures as par for the course,” Vernier states. With tools such as Cable’s, “they will no longer need to think that way.”

Katherine Heires is a freelance business journalist and founder of MediaKat llc.