The Global Legal Entity Identifier Foundation (GLEIF) has announced a rebranding of its mission – from identifying financial market participants exclusively, to identifying participants in digital commerce universally. As I have pointed out in the past, the LEI initiative was first and foremost an exercise in stabilizing the financial system after the financial crisis. The LEI, along with its standards of hierarchies of ownership and control, was to be the foundation upon which risk could be aggregated consistently and the contagion of systemic risk detected and thwarted.

The large financial institutions ultimately became identified as global systemically important financial institutions (G-SIFIs). New capital rules were imposed on G-SIFIs. Our private-sector initiative was swept up in regulators’ crisis solutions and the G-20’s financial stability initiatives. We were asked to sit on advisory committees where we proposed to simultaneously impose a “no LEI no business” rule for these giant institutions. They, in turn, would be compelled to impose this same rule on their clients and their counterparties. 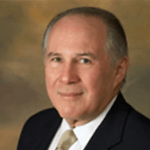 The LEI initiative, however, took a different approach. It was separated into two phases, with Phase 1 requiring each financial market participant, when directed by each participant’s own sovereign regulator, to obtain a unique legal entity identifier.

The stability and risk component of the initiative, relationship data, was left to a second phase. A standard for risk-and-control hierarchies of ownership and control was considered too difficult and was dropped in favor of accountants’ consolidation rules.

To date, too many regulatory mandates to compel the registering of a LEI across too many sovereign countries are stalling the LEI’s ability to uniquely identify each financial market participant. Also, too many exceptions are allowing relationship data collection to stall. And, finally, the Basel Committee on Banking Supervision’s risk and data aggregation initiative (BCBS 239) has also stalled, even though it had been focused initially on the G-SIFIs.

Given the goal of reaching 20 million registered LEIs by 2027, and the reality of a slow slog in universal adoption of the LEI for financial market participants (see previous GARP Risk Intelligence coverage), it is no wonder that the Financial Stability Board has given its approval to expand into other areas: payments (see FSB explores options to promote broader adoption of the LEI in cross-border payments); and digital commerce (see GLEIF’s rebrand speaks to a vital future in organizational identity, which describes a new strategic direction “to drive LEI adoption by legal entities everywhere, and to encourage broader, voluntary utilization of LEIs beyond use cases mandated by regulation”).

It is a chance to secure the success of registering LEIs. While worthwhile, these new goals certainly stray from the original mission of first achieving the goal of systemic risk management across financial institutions.

Allan D. Grody (agrody@financialintergroup.com) is president and founder of Financial InterGroup. This article is adapted from the August edition of his LEI Research Notes.