That assertion, by International Monetary Fund Managing Director Kristalina Georgieva, expressed in a nutshell the reality of globally interconnected risks. From commodity volatility and generalized inflation to supply chain and sovereign debt vulnerabilities, interrelated crises are mounting along with economic and social consequences.

Food insecurity reflects a convergence of geopolitical, environmental and ever present COVID-19 factors, with particularly dire impact on developing countries with strained safety nets. Yet “hunger is the world’s greatest solvable problem,” Georgieva said in April in a call for decisive action by world leaders.

Among the bullet points summarizing the IMF’s most recent World Economic Outlook:

Moody’s Investors Service, in a report in May about food and energy price shocks raising the risk of social unrest in the Middle East and Africa, warned of significant macroeconomic volatility on a global scale. “Higher food and energy prices will fuel inflation and weigh on the balance of payments and government finances of net food and oil importers, exacerbating macroeconomic challenges and external and fiscal imbalances,” said vice president-senior credit officer Aurelien Mali.

Moody’s said that international aid is not likely to fully shield vulnerable households from shortages of basic food staples. The ratings firm identified Lebanon, Mozambique, Togo, Jordan, Tunisia and Namibia as among the countries most susceptible to political unrest because of low incomes, dependency on oil and food imports, and already elevated social risks.

The magnitude of the problem was spelled out in The State of Food Security and Nutrition in the World, an annual report, released on July 6, from the Food and Agriculture Organization (FAO) and other United Nations agencies. It concluded that as many as 828 million people were affected by hunger in 2021 – 46 million more than in 2020 and 150 million more than in 2019. In percentage terms, that was 9.8% of the world population in 2021, 9.3% in 2020 and 8% in 2019.

Even taking a global economic recovery into consideration, nearly 670 million, or 8% of the world population, will be facing hunger in 2030 – a number similar to that in 2015 when the goal of ending hunger, food insecurity and malnutrition was set under the 2030 Agenda for Sustainable Development.

In the 2022 UN report, FAO estimates the Ukraine war’s impact on the global number of undernourished people. The base scenario does not take the war into consideration.

Highlighted in the food security report are the “major drivers of food insecurity and malnutrition: conflict, climate extremes and economic shocks, combined with growing inequalities,” said the UN agency heads’ foreword. “The issue at stake is not whether adversities will continue to occur or not, but how we must take bolder action to build resilience against future shocks.”

The World Bank, in its April MENA Economic Update, said that inflation and food insecurity resulting from rising crop and food prices effects are a given. “However, the overall impact will largely depend on the direct (first order) effects of price increases, attenuated by any government subsidy programs,” it said.

Indirect impacts or ripple effects, as described by the World Bank, extend to capital markets and “include tightening of global monetary policy, social unrest, implications for food subsidies and reforms, and geopolitical concerns.”

“This shock has rippled across global commodity and capital markets during a time when uncertainty was already obscuring the economic prospects of the region,” said the MENA-focused report, referring to the attack on Ukraine.

“The full extent of the consequences of the war are yet to be determined,” it continued, “but early signs point to a heightening of the economic difficulties already besetting many MENA economies . . . As the latest [COVID] variant sweeps through MENA countries, governments grapple with a host of problems, especially the need to increase vaccination rates. Although the depth of the problems in a particular country can depend on the capacity of its public health system, broadly speaking, the region, like the rest of the world, is far from out of the woods.”

“Tightening global financial markets with rising interest rates and lower access to credit could cause capital outflows and financial instability for many developing countries, especially those with elevated dollarized debt, current account deficits or fiscal deficits,” the report noted.

“Changes in growth forecasts are common due to the advent of new information on economic performance and global trends,” it added. “Like the outbreak of the pandemic in early 2020, the explosion of the war in Ukraine is yet another vivid example of unexpected shocks that shape expectations about growth prospects, but with important differences in the magnitude of the bounds of uncertainty and the direction of the changes in the forecasts.”

In May, the World Bank announced "planned actions for global food crisis response," with up to $30 billion in available financing in such areas as food and fertilizer production, trade, and support for vulnerable households and producers.

According to FAO chief economist Maximo Torero Cullen, solutions to the crisis lie in supporting Ukraine and keeping international food and fertilizer trade flowing. “Supply chains should be kept fully operational, including by protecting standing crops, livestock, food processing infrastructure and all logistical systems,” he said. 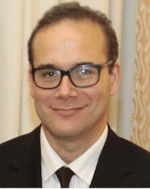 These points were underscored in a July 15 joint statement by the heads of the FAO, IMF, World Bank, World Food Program (WFP) and World Trade Organization (WTO):

“Facilitating trade and improving the functioning and resilience of global markets for food and agriculture, including cereals, fertilizers, and other agriculture production inputs, are key . . . Removing export restrictions and adopting inspections and licensing processes that are more flexible help minimize supply disruptions and lower prices. Increasing transparency through notifications to the WTO and improving the monitoring of trade measures will be critical.”

Other measures called for: immediate support to the vulnerable through the WFP, boosting sustainable food production and supply chains, and investing in climate-resilient agriculture.

“Assuring that the most vulnerable countries facing significant balance of payments problems can cover the cost of the increase in their food import bill to minimize any risk of social unrest is essential,” the statement said. “Development financing should provide clients with viable alternatives to inward-looking policies such as export bans or blanket subsidies of fertilizer imports. Investments in scalable safety nets and climate-resilient agriculture and sustainable fisheries and aquaculture are good win-win examples.”