For better or worse – and understandably in view of its most recent downturn – the cryptocurrency market attracts outsize public, media and, increasingly, regulatory attention. Although relatively few products (including bitcoin, ether, and some that have crashed) and exchanges (led by Binance and Coinbase) stand out amidst very crowded fields, no crypto brand and personality command the stage like FTX and Sam Bankman-Fried.

Boosted by celebrity endorsements and sports sponsorships, the global, Bahamas-headquartered FTX and FTX US, which is based in Chicago, have been valued at a combined $40 billion. CEO Bankman-Fried is worth more than $20 billion, according to Forbes. He has been lionized in headlines as a crypto king and an emperor, the latter on a New York Times article about the FTX-SALT Crypto Bahamas conference in April, where Bankman-Fried moderated a conversation between former Prime Minister Tony Blair and President Bill Clinton.

Beyond the flair and marketing, the 30-year-old FTX co-founder is making policy waves, advocating in Washington and elsewhere on behalf of the crypto sector and, in a bid to differentiate his own exchange group, pushing a potentially disruptive innovation in derivatives clearing.

In common with many of his rivals, Bankman-Fried stresses the importance of, and need for, “regulatory clarity and oversight” of digital assets, contending, as he did in recent congressional testimony, that the U.S. falls short on consumer protections and is losing business to offshore jurisdictions. As it stands, Bankman-Fried pointed out, FTX is governed by U.S. anti-money laundering and state money transmitter regulations, has derivatives activities overseen by the Commodity Futures Trading Commission (CFTC), and is a FINRA-licensed broker-dealer – in addition to its international operation having “marketplace licenses and registrations in many non-U.S. jurisdictions including Japan and the European Union.”

FTX US has applied to add to that list a New York State limited-purpose trust company charter. Marissa MacDonald, formerly chief compliance officer of Fidelity Digital Assets, has been hired to be FTX Trust Co.’s CCO. FTX has also begun rolling out stock trading, after having made a strategic investment in the IEX Exchange. Bankman-Fried separately has acquired a 7.6% stake in Robinhood.

Comfortable as he may be within an established regulatory framework, Bankman-Fried is proposing a new “non-intermediated” clearing model that is under official consideration at the CFTC while being resisted by industry incumbents. It was the subject of a House Agriculture Committee hearing on May 12 and a CFTC staff public roundtable on May 25.

With such features as near-real-time risk assessment, pre-funded as opposed to credit-extended collateral, and a liquidation procedure designed to prevent risk build-ups in customer portfolios, the proposed approach is “safer and more conservative than what is normally seen in U.S. derivatives markets,” Bankman-Fried told the House Agriculture Committee. He said the real-time risk model would be more efficient and require relatively less margin from investors, and an “equitable access” market structure – either direct or via intermediaries – “not only promotes market access, but also relieves cost pressures” on intermediary FCMs which would not have to make guaranty-fund contributions.

FTX’s platform would assume reporting, disclosure and recordkeeping responsibilities ordinarily handled by FCMs. Its aim is to list cash-settled bitcoin and ether futures contracts, with no current plans for other asset classes.

Stating that the firm’s application is grounded in derivatives-market experience and was influenced by informal discussions with CFTC staff, Bankman-Fried claimed to have addressed concerns about liquidity, margin-call concentration, procyclical effects and capital sufficiency: “So long as the capital required by the system’s risk model is adequate, and so long as the platform deploying the risk system is otherwise operated in a resilient manner, this type of system will better prevent massive losses by a customer that could have implications for the broader market by requiring collateral to be posted to the clearinghouse, and by acting promptly in the case of large market moves. And perhaps most importantly, the FUSD risk management system also aligns with the CFTC’s regulations.”

At a March 31 House Agriculture hearing, CFTC Chairman Rostin Behnam said the FUSD proposal is not likely to be the only one of this kind and “could end up leading to more efficient trading execution, less risk in the system,” CoinDesk reported. He promised a cautious and thorough deliberation, and consideration of public comments, in the context of “responsible innovation.” 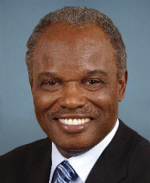 Among those raising concerns, the committee chairman, Democratic Representative David Scott of Georgia, said in opening the May 12 hearing: “Make no mistake – while the proposed clearing model by FTX is limited to a select few cryptocurrency contracts, we must consider the potential of this model to expand into other derivatives markets and [be] adopted in some form by other clearinghouses.

“Furthermore,” Scott continued, “I am gravely concerned about the potential of this proposal to upset international agreements that the CFTC and this committee have worked so hard to preserve, which have deemed our current clearing structure and regulations equivalent to EU and U.K. rules, affording US derivatives clearing organizations the ability to provide clearing services in their markets.”

“The FTX model raises significant questions around risk management, financial resources, investor protections and the collection of margin in a retail non-intermediated clearing model,” said Christopher Edmonds, chief development officer of Intercontinental Exchange, owner of ICE Clear U.S. and other clearinghouses worldwide. Stressing that the FUSD proposal differs from traditional mutualized clearing and from non-intermediated clearing that is restricted to commercial and institutional participants, Edmonds said it “eliminates sound risk management practices and many customer protections for retail participants.” He maintained that the “proposed structure creates risk-taking incentives that may serve to increase, rather than reduce, the risk to market participants and the global financial system.”

Pointedly warning against “innovation for the sake of innovation alone,” CME Group chairman and CEO Terrence Duffy said in his May 12 testimony that the non-intermediation proposal is “glaringly deficient and poses significant risk to market stability and market participants.” He dismissed it as “risk management light,” without capital requirements for participants and “no indication that FTX would hold capital or residual interest comparable to FCM levels today.”

Duffy criticized a “lack of counterparty due diligence,” linking the notion that “financial modeling and algorithm design could eliminate the need for best practices in risk management” to the kind of “folly” associated with financial-engineering failures and the 1998 Long-Term Capital Management collapse.

He said that FTX’s self-funded guaranty fund, in contrast to loss mutualization, “eliminates a core incentive for participants to effectively manage their risks.” And regarding stress scenarios, FTX “does not appear to fully understand the concept of ‘extreme but plausible market conditions’ for the purposes of guaranty fund sizing” and preparedness for tail risks.

“Contrary to FTX’s assertions,” Duffy went on, “auto-liquidation is not a new concept and has not been broadly implemented due to the panoply of problems it creates, particularly in stressed markets.” For cases where auto-liquidation and backstop liquidity do not succeed, “rather than proposing additional resources or risk management incentives to address an unsuccessful liquidation, FTX’s proposed solution is to tear up positions in a manner similar to what was recently observed in the nickel derivatives market in the U.K.”

The CFTC should either reject the proposal, Duffy said, or “commence a formal rulemaking to allow a broader public discussion of appropriate risk management standards.”

Futures Industry Association chief Walter Lukken, who was a CFTC commissioner from 2002 to 2009 and a House Agriculture Committee staffer before that, agreed that there are risk and capital issues to be addressed, and arrived at a measured conclusion:

“FIA supports the efforts of FTX to further advance real-time risk management in clearing and bring greater competition to our markets. Their proposal has advanced a healthy debate in our industry. However, we believe that further analysis and information are needed on the FTX proposal, and we look forward to the deliberative process of the CFTC that will help bring additional clarity and information to this unique clearing model.” 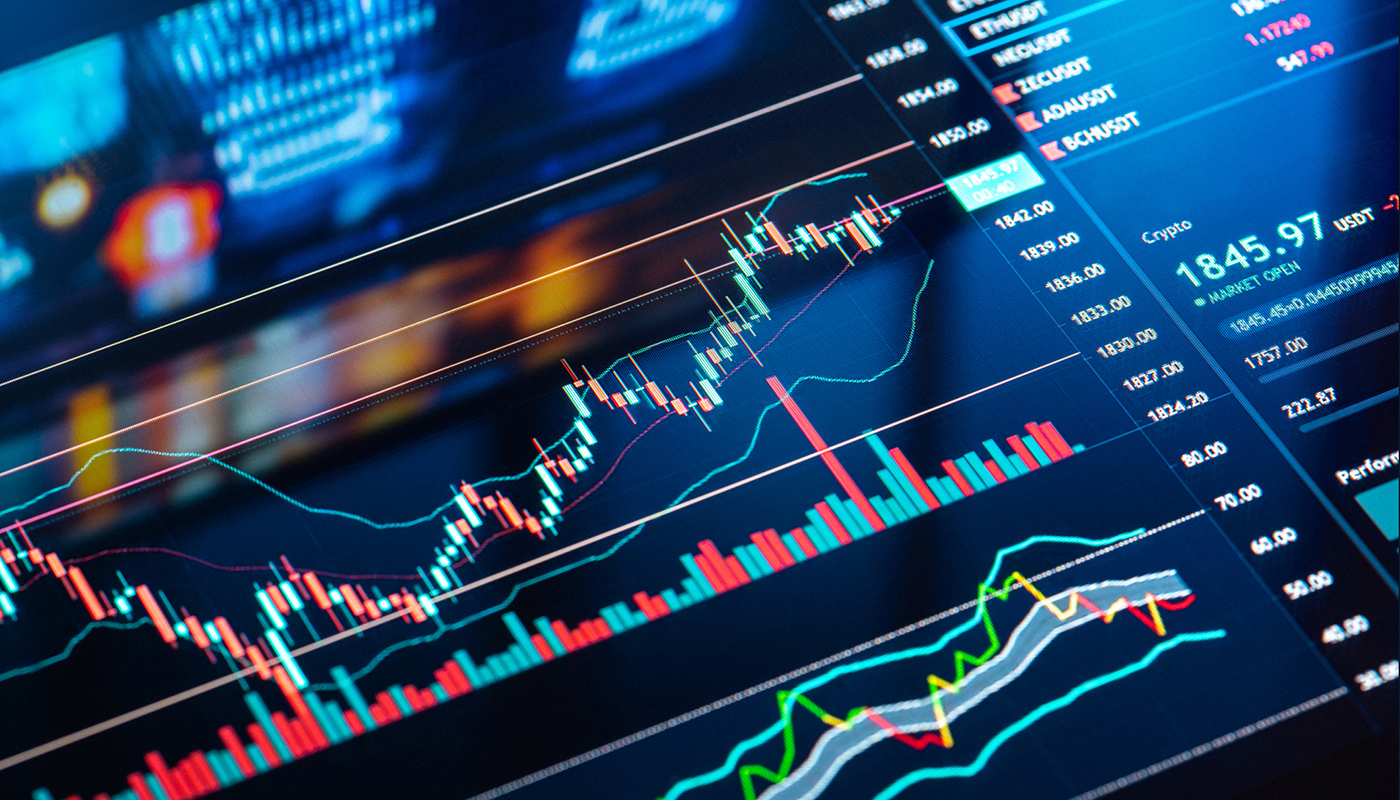