Automation Is New Frontier for Loan Syndications and CLOs

Syndicated loans and collateralized loan obligations (CLOs) – high-volume markets largely bypassed by trading innovations that have modernized one historically offline asset class after another – are at a turning point. Banks and investors are embracing and accelerating initiatives that promise significant improvements in operational efficiency, price transparency, risk management and the economics of corporate debt issuance.

“We just closed a quarter of record volume and number of tickets,” said Howard Cohen, head of leveraged loans at MarketAxess.

One of the pioneering electronic platforms for fixed-income products, MarketAxess has been handling syndicated loans since 2015, but adoption was slow until recently. Now, Cohen said, “The growth is parabolic.” Although MarketAxess does not disclose current syndicated loan statistics, it says $10 billion traded cumulatively through 2021. (The company’s overall average daily volume in July, $31.1 billion, was 31% higher than it was a year earlier, and it claimed a composite corporate bond market share of 20.2%.)

The volumes and demand for operational improvement in and around syndications and CLOs have spawned industry-backed ventures Octaura and Versana, which are expected to go live this year.

In June, KopenTech, an online trading and analytics platform for structured products, announced the launch of DirectBidding, an alternative trading system (ATS) protocol for institutional investors to trade and monitor CLOs without bank intermediaries. It also offers Applicable Margin Reset (AMR), a multi-dealer online auction to refinance CLO liabilities without issuing new bonds, which like the other initiatives aims to shorten processing and settlement times that are out of sync with the ever-increasing real-time nature of financial trading and risk monitoring.

“The traditional refinance can take as long as 60 to 90 days if the rating agencies are really backed up, and AMR can be done in 10 days, with only five days of price risk,” said KopenTech chief engagement officer Jill Scalisi.

Cohen said that educating MarketAxess’ salesforce and clients has stimulated e-trading of syndicated loans. Market participants are well aware of the liquidity and transparency benefits on the bond side and are looking for the same with loans. He pointed out that of $70 billion in monthly syndicated loan trading, only 1% trades electronically.

“That compares to 30% to 40% of the investment-grade bond market and 25% of the high-yield market trading electronically,” he said, indicating that “loans still have a long way to go.”

S&P Global reported 2021 leveraged loan volume in the U.S. of $799 billion, compared to $382 billion for high-yield bonds, and record CLO volume of $433 billion was split between $187 billion of new issuance and $246 billion in refinancings and resets.

Kevin McPartland, head of market structure and technology research, Coalition Greenwich, said in a 2021 report that MarketAxess offered the only multi-dealer electronic trading platform for syndicated loans. Remote work during the pandemic was boosting electronic bond trading generally, he said, adding in an interview that “the buy side is the driver.”

Because syndicated loans take upwards of 20 days to settle in the U.S. and longer in Europe, he went on, “There have certainly been instances when interesting-looking trades were passed over because settlement was uncertain.” 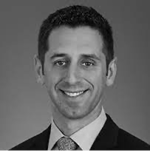 In McPartland’s survey, “syndicated loans was one of the few markets where automating post-trade functions came up as important or more important than automating execution,” he said.

That is unfolding now, with multiple banks getting behind both Octaura, which positions itself as a platform for syndicated loans and CLOs on low-code software developed with Genesis Global; and Versana, which stresses “transparency, efficiency and velocity” and tackling those 20-day settlement cycles and related risks.

“We’re bringing tools to the platform to make it a one-stop shop,” thereby simplifying navigation of a highly complex market, Bejile said. “Five years ago, everybody was trading one loan at a time, but now they’re doing portfolio trades that can include 10 or 50 or even more items at a time,” he noted. “The market has become much more sophisticated.”

Credit Suisse joined the founding group "with an eye toward all structured credit products," said Daniel Ezra, global head of CLO trading. "We believe that Octaura and the electronification of these asset classes will help reduce operational risks by eliminating manual components, ultimately making the overall market more efficient."

Versana, for example, aims to create essentially a central registry in a permissioned network that pulls real-time loan data from agent banks to facilitate transactions that otherwise could take days to complete.

“Versana should improve efficiency and the flow of information in the market, speed up trades, and at the end of day reduce banks’ expensive redundancies needed to limit or reduce errors,” said Loan Syndications and Trading Association executive director Lee Shaiman. “This is a function of dealers and agents recognizing that automation is important to the marketplace, to improve liquidity and reduce trading mistakes because, for example, somebody misunderstood a trading name sent via email or a phone call.”

KopenTech’s Scalisi said the company has facilitated institutional auctions for six deals that received a total of $4.8 billion in bids and were oversubscribed by an average 2.32 times. It completed its first trade between buy-side firms on June 23 and is currently working to onboard more than 100 institutions.

Dealers and agent banks are betting that automation will attract even more participants into the market, which would have a beneficial network effect.

CLOs already purchase approximately 70% of leveraged loans. Octaura’s Bejile said that automation should broaden the base of CLO investors, providing more cash to compete for syndicated loans. “In the long run, corporate borrowers should see lower borrowing costs,” he added.