Consumer Outlook: Continued Growth, or Putting on the Brakes?

Doom-and-gloom scenarios are hard to avoid – but also debatable

While at the World Economic Forum meeting in Davos, Bank of America CEO Brian Moynihan expressed strong optimism about consumer spending going forward. Other observers view the consumer differently and see warning signs for the economy. Based upon strong analytics, market knowledge, and careful segmentation, banks need to determine where and how they want to play in the consumer space over the next one to two years.

Moynihan’s comments, reported by CNBC and others, could not have been more positive about the continued strength of the consumer economy:

-- “Consumers are in good shape, not overleveraged.”

-- “What’s going to slow them down? Nothing right now.”

-- “The Fed has this typically very difficult thing of getting them to slow down without slowing down too much . . . I believe they are going to be able to manage this flow, but it’s going to be tricky.”

Contrast the BofA chief’s view with that of Jamie Dimon. In a conference speech, the JPMorgan Chase & Co. chief executive said: “You’d better brace yourself . . . JPMorgan is bracing ourselves, and we’re going to be very conservative with our balance sheet.”

As CNBC reported it: “You know, I said there’s storm clouds but I’m going to change it . . . it’s a hurricane,” Dimon said . . . While conditions seem “fine” at the moment, nobody knows if the hurricane is “a minor one or Superstorm Sandy.” 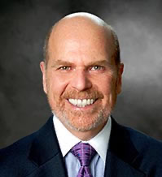 At this point it’s reasonable to remember the oft-used phrase, “Nobody knows nothing” about the future. So, what banks need to do is assess both the macro and micro worlds and make a determination about the consumer that fits their particular institution.

-- A June 1 Bloomberg article reported that one-third “of Americans earning at least $250,000 annually say they are living paycheck to paycheck – 6% of households taking in nearly four times the median U.S. salary devote nearly all of their income to household expenses.”

-- On the same day, the Wall Street Journal discussed issues with BNPL loans: “Buy now, pay later companies promised a credit revolution that would change the way people pay for things. Rising delinquencies and a slowing economy are clouding that outlook.”

-- Under the headline “U.S. Consumer Confidence Slips in May Amid Stubborn Inflation,” ABC News quoted a Conference Board director: “Looking ahead, expect surging prices and additional interest rate hikes to pose continued downside risks to consumer spending this year."

-- In May, PYMNTS.com featured the headline, “Savings Cushion Dwindles for Lower Income Paycheck-to-Paycheck Economy.” The same website reported on retail inventories: “Average retail inventories have been rising at a quick clip. Research from Citi says 11 of the 18 retailers they studied showed inventories rising by 10% more than sales in their first quarter results – the biggest gap since the pandemic began.”

-- A USA Today headline chimed in: “Walmart, Target Foreshadow More Consumer Stress and Trouble Ahead for Economy and Markets.”

While many of these stories highlight doom and gloom, each bank needs to analyze its individual portfolio and act on what it finds.

Clearly, different customer segments will perform differently during a downturn; so too will different geographies and product categories. For example, banks are already experiencing delinquency upticks in credit cards, while the performance of fintechs operating in BNPL has taken a hit. To allow for loan growth, we see banks continuing to offer mortgages to people with complex histories while increasing the required down-payment percentage.

By objective we mean bringing in a group outside the bank who, ideally, will provide an independent and less self-interested perspective to analyzing where a bank stands today and what its likely future holds.

My guess (as good as yours but no better) tends more toward Jamie Dimon than Brian Moynihan. Banks need to prepare for the world that Dimon foresees while hoping Moynihan is right.

Charles Wendel (cwendel@ficinc.com) is president of Financial Institutions Consulting. Before founding the firm more than 20 years ago, he was a partner at Mercer Consulting and an engagement manager with McKinsey & Co. This article is adapted from a previously published FIC blog.