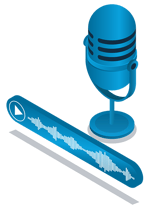 Originally released on the GARP Risk Podcast on April 23, 2020.

In this episode of GARP's Climate Risk Podcast Series--Embedding Climate Risk: Reflections of a CRO--host and Co-president of the GARP Risk Institute, Jo Paisley, is joined by Betsy Nelson, recently retired CRO at the EBRD. GARP has been emphasizing the importance of placing the risks associated with climate change in the broader context of sustainability.

Welcome back to GARP’s Climate Risk Podcast Series. Through the course of this series we will be bringing you insights from those working at the cutting edge of climate change. We will be joined by regulators, business leaders and risk practitioners who will help us build up a holistic view of the risks and opportunities that climate change poses and explore how this might affect you in your day to day work.

In this episode, host and Co-president of the GARP Risk Institute, Jo Paisley, is joined by Betsy Nelson, recently retired CRO at the EBRD. Here at GARP, we have been emphasising the importance of placing the risks associated with climate change in the broader context of sustainability, which is why we think the perspective of a development bank is such an important one.

Through this episode, you will gain insights into:

Betsy Nelson became the EBRD's Vice President Risk and Compliance and Chief Risk Officer in November 2016 and served in that role until December 2019. She had been previously Vice President of Risk. She was a member of the Bank's Executive Committee.

Ms Nelson joined the EBRD in March 2012 as Vice President of the then combined Risk and Resources (Human Resources, Administrative Services and IT) and has extensive experience in the financial sector.

For the three years prior to joining the EBRD, she was the Head of Credit Department in the Risk Specialists Division of the Financial Services Authority (FSA, now PRA) in the United Kingdom, where she built the Authority’s first Credit Department with a team of wholesale, retail, structured finance and Basel credit model experts.