The International Association for Quantitative Finance and Northfield Information Services have announced Dilip B. Madan as the 2021 IAQF/Northfield Financial Engineer of the Year (FEOY). The award is expected to be presented at an event in New York this spring.

Professor emeritus of finance at the University of Maryland’s Robert H. Smith School of Business, Madan earned UMD doctorates in mathematics and economics and has been on the faculty since 1988. He has a long list of academic and publishing credits, has had consulting roles with Morgan Stanley and other institutions, and as FEOY joins an exclusive club, dating back to 1993, that includes Nobel laureates Robert C. Merton and Robert F. Engle. The 2020 honoree was Paul Glasserman of Columbia University; 2019’s was Cliff Asness, AQR Capital Management managing and founding principal and IAQF senior fellow, who headed the 2021 FEOY selection committee.

“I am delighted to receive this esteemed recognition and honored to join the FEOY community, many of whom are dear friends, great teachers and intellectual giants,” Madan said in the IAQF/Northfield December announcement. “My own commitment to the quantitative and mathematical aspects of the discipline of finance goes back a long way and remains as fresh as ever. I look forward to the continuing developments and thank IAQF for its stewardship in the field.”

“His pioneering work, particularly in big data and networks as they apply to business and economics, has significant applications to our industry,” CME Group chairman emeritus and CME-MSRI prize founder Leo Melamed said of Acemoglu, who has authored five books and, in a working paper, explores potential “social, economic and political harms” of artificial intelligence if it “continues to be deployed along its current trajectory and remains unregulated.”

Seven past CME-MSRI winners, including Stanford University’s Robert Wilson (2016) and Paul Milgrom (2017), subsequently won Nobels in economics. The 2018 CME-MSRI award went to Albert S. (Pete) Kyle, Charles E. Smith Chair in Finance at the University of Maryland’s Smith School. In common with the 2019 winner, Stanford Business School’s Economics of Technology Professor Susan Athey, Acemoglu is a John Bates Clark medalist, recognized for significant contributions by an economist under the age of 40.

Already designated by CME and MSRI for the 2021 award is Nancy L. Stokey, the Frederick Henry Prince Distinguished Service Professor of Economics, University of Chicago.

“The choice of Dilip Madan for the FEOY could not be more appropriate,” said Northfield Information Services president and founder Dan diBartolomeo. “Many contributions have enriched both the academic literature and industry practice. I have always found Dilip’s work incredibly thoughtful and engaging in both written and oral presentation.”

The professor dedicates his work to “improving the quality of financial valuation models, enhancing the performance of investment strategies, and advancing the efficiency of risk allocation in modern economies.” 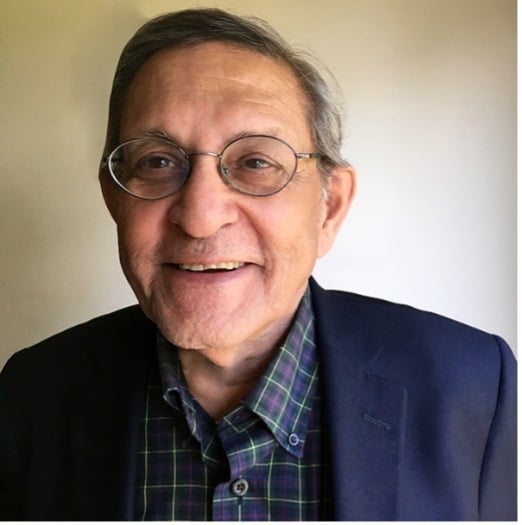 “We are honored to have Dr. Madan walking the halls of Smith,” Russell Wermers, Paul J. Cinquegrana ’63 Endowed Chair in Finance and director of the Center for Financial Policy, said in a Maryland Smith School notice on the FEOY. It pointed out that Madan in 2014 was inducted by UMD’s College of Computer, Mathematical and Natural Sciences into its Circle of Discovery, “in recognition of his contributions to modern quantitative finance, including his innovative use of mathematics, economics, and statistics to extract information from financial market data.”

Previous honors include the 2006 von Humboldt award in applied mathematics, 2007 Risk Magazine Quant of the Year, 2008 Medal for Science from the University of Bologna, and 2010 Eurandom Chair.

Madan has served as consultant to Morgan Stanley since 1996 and Norges Bank Investment Management since 2012. He has also been a consultant to Caspian Capital, Wachovia Securities, Meru Capital, Citigroup, Bloomberg and the Federal Deposit Insurance Corp. He is a founding member and past president of the Bachelier Finance Society.

Daron Acemoglu fits the mold of CME Group-MSRI Prize recipients “who contribute original concepts in mathematical, statistical or computational methods for the study of markets' behavior and global economics,” the organizations said ahead of the virtual celebration of his achievements last May. “Acemoglu's work spans a wide range of areas, including political economy, economic development, economic growth, inequality, labor economics, and economics of networks.”

“It’s a tremendous honor for me to accept this prize," said Acemoglu, a London School of Economics MSc and PhD and elected fellow of the National Academy of Sciences, American Academy of Arts and Sciences, the Econometric Society, and Society of Labor Economists. “The list of past awardees is illustrious and inspiring, and a little bit of humbling of course. It’s a privilege to join their ranks. It is particularly meaningful for me since I have aspired throughout my career to use mathematical and statistical tools in order to answer questions that are important for our society and economy.” 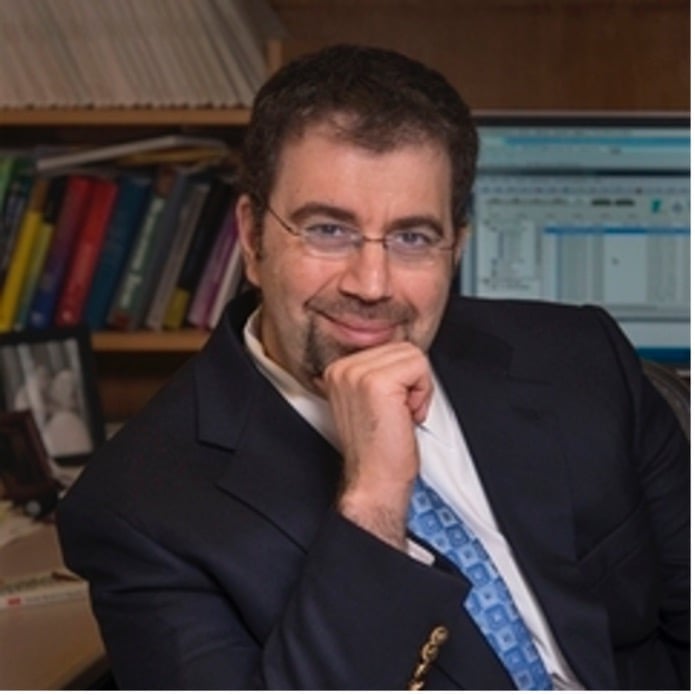 “Daron Acemoglu’s extraordinarily wide-ranging research is at the cutting edge of economics and mathematics," said MSRI director David Eisenbud, professor of mathematics at the University of California, Berkeley.

The Narrow Corridor: States, Societies, and the Fate of Liberty, a 2019 book by Acemoglu and University of Chicago economist and political scientist James A. Robinson, was hailed by Fareed Zakaria in the Washington Post as “the best recent work” on the subject of “why is it so difficult to develop and sustain liberal democracy?"”

“If political order is rare, liberal political order is rarer still,” Zakaria wrote last July. “Liberal democracy is the Goldilocks form of government. It needs a state that is strong enough to govern effectively but not so strong that it crushes the liberties and rights of its people. The authors call this ‘the shackled Leviathan.’”

Acemoglu’s working paper Harms of AI argues that the technology needs to be appropriately regulated for society to reap its full benefits. As summarized by the Brookings Institution, which hosted Acemoglu in a December online discussion: With proper regulation, such pitfalls as “damaging competition, consumer privacy, and consumer choice; fueling inequality and failing to improve worker productivity; and damaging political discourse, democracy’s most fundamental lifeblood . . . can be avoided, and AI can lead to economic growth, shared prosperity, and substantially greater welfare for our society.”

During the Brookings event, Acemoglu said that “society benefits from power balances,” and because AI development is concentrated in just a handful of companies, the field needs to be democratized with competition and more diverse voices.

Even if the downsides are not imminent or substantial, Acemoglu writes, “it may be useful to understand them before they are fully realized and become harder or even impossible to reverse, precisely because of AI’s promising and wide-reaching potential.”

Acemoglu concludes that the best way to prevent the costs is “to regulate AI and redirect AI research, away from these harmful endeavors and towards areas where AI can create new tasks that increase human productivity and new products and algorithms that can empower workers and citizens.” He acknowledges that “such a redirection is unlikely, and regulation of AI is probably more difficult than the regulation of many other technologies – both because of its fast-changing, pervasive nature and because of the international dimension.

“We also have to be careful,” he adds, “since history is replete with instances in which governments and powerful interest groups opposed new technologies, with disastrous consequences for economic growth. Nevertheless, the importance of these potential harms justifies the need to start having such conversations.”