The Ethereum Merge: A Smoother On-Ramp for Institutional Finance?

The hype surrounding a major upgrade of the Ethereum blockchain had been building for years, but mainly among crypto-market enthusiasts who worked on it or understood the technicalities. Closer to – and since – its September 15 completion, the event known as The Merge attracted more mainstream attention and discussion, not least among institutions that have been seriously considering if not actually making crypto-asset investments.

The big change is in the network’s consensus governance mechanism. Ethereum’s legacy Mainnet, like bitcoin mining, relied on compute-intense, power-hungry proof-of-work (PoW), which was criticized by environmentalists and policymakers and may have discouraged investors aligned with environmental, social and governance (ESG) principles. In the new Ethereum platform, dubbed Beacon, PoW gives way to proof-of-stake (PoS), which is said to reduce energy consumption by 99.95% while enhancing security and scalability.

“The implications of the merge go beyond a shift in consensus, as the merge will result in the network becoming more energy efficient and improve upon its operational capability, providing further reasons for developers to build decentralized applications on the Ethereum blockchain,” David Kroger, vice president, digital data scientist at Cowen, has written.

Jeff Dorman, chief investment officer of digital asset management firm Arca, makes a case for the native ethereum, or ether (ETH), token as a pure play on the “growth of blockchain” theme. “While digital assets can be polarizing, tribal and political, the reality is most investors don’t have strong philosophical opinions on how blockchain technology should succeed,” said one of Dorman’s That’s Our 2 Satoshis blogs. “They just want to make money if it does. For now, ETH is undeniably the most simple, and perhaps best, way to confidently say ‘I’m long blockchain.’”

The Beacon Chain ran parallel to the Ethereum Mainnet from December 2020 until The Merge on September 15, when proof-of-stake became the blockchain's consensus engine.

Risks and uncertainties have not been dispelled. Cryptocurrency values are mired in a so-called crypto winter, though in the run-up to the merge, ETH was outperforming bitcoin (BTC), the only such asset bigger in market capitalization.

Cryptocurrencies are not immune to the macroeconomic forces affecting markets overall, or to general cyclicality and randomness. Coincidentally, or not, on the day after the merge, the BTC price dipped below $20,000. During that week, ETH fell five days out of six and 3% on that Friday, to around $1,430. Their slides continued.

The move away from proof-of-work, which historically had increased the supply of ETH, will make it more scarce and presumably raise its value in the long run.

As Safe Trade Binary Options analyst Pejman Zwin put it at the cusp of the merge, ETH and BTC alike were “facing ongoing challenges amid broader economic uncertainty. So ethereum prices could still rise in the coming days, and they could also fall, with another Fed rate increase [indicated]. The only thing you can truly count on is more volatility.” 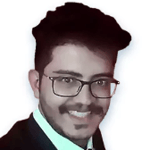 The ETH price is but one dimension of Ethereum and its potential impacts on finance and technology. They are expected to take time to fully unfold.

While financial institutions and advisers have approached portfolio strategy cautiously – most who have dived in wouldn’t disagree with Zwin’s recommendation that crypto allocations not exceed 5% – major banks since the mid-2010s have been investing in or experimenting with blockchain, or distributed ledger technology, to modernize or transform operational processes. Ethereum was many of those projects’ DLT platform of choice, because of the smart contract functionality at its core.

Just this month, Norway’s central bank published open-source code for its digital currency sandbox, which is using Ethereum. Depository Trust & Clearing Corp.’s ambitious Project Ion settlement system, announced in August, is on R3 Corda DLT software. Although that is designated as a private, permissioned blockchain, R3 has a commitment to interoperability and a “bridge” to Ethereum.

There remain transaction-cost, speed and efficiency issues that legacy blockchains did not organically address. The new Ethereum chain lays groundwork for such performance improvement.

For the moment, Arca director of research Katie Talati noted, “Transaction fees and speeds will remain roughly the same.” Ethereum co-founder Vitalik Buterin said in July that the blockchain, then running at 15-20 transactions per second, could be capable of 100,000.

Dorman contended that bitcoin’s appeal has narrowed relative to ETH, which “has a commanding lead over every other ecosystem when it comes to the growth of smart contracts, DeFi, web3, NFTs, stablecoins and gaming . . . The ETH token becomes a low inflation (perhaps even deflationary), high value-capture way of expressing this view.” 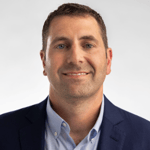 Reiterating his pure-play and better-than-BTC arguments in a post-merge blog, Dorman said a 25% week-on-week ETH price drop was “surprising but not entirely unexpected,” and Ethereum’s ecosystem superiority “won’t show up in a week’s worth of price action.”

Omid Malekan, an adjunct Columbia Business School professor and author most recently of Re-Architecting Trust: The Curse of History and the Crypto Cure for Money, Markets, and Platforms, was expecting a “borderline deflationary” effect near term. “The merge introduces the notion of a ‘risk-free yield,’” he added. “Almost anyone who owns ETH will be able to easily stake it to earn a return.” The more democratized Ethereum requires 32 ETH to participate as a validator.

“In many ways ethereum is already the dominant cryptocurrency [because] 70% of tokens are built on Ethereum,” Niclas Sandström, CEO of Hilbert Group, told CoinDesk. The merge “will encourage even more upgrades to Ethereum, and that should put it in a strong position to also be the dominant currency in market-cap terms.”

Ali Yahya, general partner on venture capital firm Andreessen Horowitz’s crypto team, ticked off reasons why Ethereum is “a far superior blockchain than it was before”: energy efficiency, security, economies of scale, fairer access and transaction finality. “It’s an important step forward for crypto and web3,” said a September 15 blog. “It brings us closer to a world that benefits from an efficient and secure layer for decentralized computation that can support the applications we all want to build.”

Columbia Business School lecturer Malekan, in an August 31 CNBC interview, acknowledged the bullish expectations stemming from the “institutional ESG narrative.” He cautioned that investment decisions are complex and multivariate, and “it would be a mistake for any investor to decide [on a coin or blockchain] just based on the environmental impact.”

Blockworks reported that “smart money” – institutions and deep-pocketed whales – placed bets on a successful merge by accumulating ETH in advance. In addition to ESG considerations, Brian Mosoff, CEO of Ether Capital, in a Digital Asset Summit panel discussion pointed to “ways custody has evolved and staking products will be appropriate for those institutions . . . You’re going to see a lot of institutions get excited about Ethereum specifically.”

Bank of America analysts Alkesh Shah and Andrew Moss likewise see proof-of-stake’s reduced energy consumption making Ethereum palatable to more institutions. They said this month, as reported by CoinDesk, “The ability to stake ETH and generate a higher-quality yield (lower credit and liquidity risk) as a validator or through a staking service rather than on black-box lending/borrowing applications may also drive institutional adoption.”

“Market sentiments could cause under- or over-valuation,” Lin William Cong of Cornell University’s SC Johnson College of Business, faculty director of the Fintech at Cornell initiative, told Bloomberg. “However, it’s going to have a big impact for the E in the ESG of cryptocurrency. As more institutions and regulators start to care about the sustainability aspect, the merge would be a useful pilot.”

ETC Group, which was responsible for the first centrally cleared bitcoin exchange-traded product, on Deutsche Börse’s Xetra platform, announced on September 7 a new ETP based on the Ethereum upgrade. Founder and co-CEO Bradley Duke said it is in keeping with a commitment that digital-asset holders “would benefit from hard forks to the underlying digital assets and cryptocurrencies.

“In line with this and our demonstrated leadership of the digital asset industry,” Duke said, holders of the ethereum-based ETP (ZETH) were to “receive, at no cost, matching units” of the new ETP after the merge.

In a newsletter posted September 8, citing world derivatives exchange data, ETC Group said that in August, for the first time, ethereum futures trading volume surpassed bitcoin, by $1.07 trillion to $941 billion. “Over the last three years bitcoin futures volume has generally exceeded its closest rival by a ratio of between 2:1 and 5:1.”

Three days ahead of the merge, CME Group in Chicago announced the launch of options on ether futures. Tim McCourt, senior managing director and global head of equity and FX products, described the contracts as “particularly well timed to provide the crypto community with another important tool to gain access to and manage exposure to ether.” The options “also complement CME Group’s ether futures which have seen a 43% increase in average daily volume year over year.”

Cumberland DRW and a Genesis Global Trading affiliate participated in the first ETH options block trade. “ETH’s dominance in the crypto ecosystem and the highly anticipated Ethereum merge have increased demand across our institutional client base to hedge their risk and manage spot ether price exposure on a regulated venue,” said Genesis head of U.S. sales Josh Barkhordar.

In a SmartBrief podcast, McCourt said that amid the market response to CME’s standard and micro-size bitcoin and ether futures, he observed an “upwelling of interest around ether” in the PoW-to-PoS migration. “There’s just a lot of things that folks are doing around this merge event, where they want to take some of that risk out of the equation, and options are always a super useful tool to do that.”