Even as distributed ledger technology shows that it can deliver efficiency and risk management benefits in structured finance, the vision of a fully digital marketplace has been slow to take shape. Momentum may pick up as DLT proponents and market participants come out of a COVID-prompted pause.

The companies’ announcement said they were looking to apply blockchain in margin processing for forex forwards and swaps “with the goal of bringing post-trade workflow automation and efficiencies while significantly reducing counterparty credit risk in the over-the-counter currency market.”

Nadine Chakar, head of State Street Digital, described it as a “monumental industry initiative to digitize the margining process around collateralized foreign exchange forward contracts that will reduce our customers operational challenges through process automation and state of the art technologies.”

The head of Vanguard’s Investment Management FinTech Strategies Group, Pennington said DLT can make early inroads in OTC derivatives because there are relatively few participants – the counterparties and their custodian banks – and there is significant opportunity to lower capital and increase liquidity.

On Symbiont’s Assembly, counterparties and custodians have concurrent access to derivative contracts. Parties can negotiate how to value the exposures and the frequency of valuations, and the parameters can be incorporated in smart contracts to automate margin calculations and the exchange of collateral.

“Everybody wins in this transaction,” Pennington said.

Custodians exchange collateral more efficiently and retain an immutable record of the transaction on the blockchain. The counterparties share that benefit and can dramatically reduce the capital they hold to collateralize the transaction.

Currently, exposures are valued once a day, and collateral doesn’t change hands for two or three days, exposing firms to so-called jump risk. If that interval is reduced on a blockchain to an hour or even 15 minutes, the potential volatility lessens dramatically, along with subsequent margin calls and the capital counterparties must hold, thus enhancing liquidity.

Pennington noted that bank implosions have occurred over weekends, leaving investors who entered a trade late on Friday without a counterparty on Monday. On the blockchain platform, “we would have finished off the trade Friday and covered our exposure,” he explained.

Links in the Chain

Full acceptance of DLT in securitization ecosystems will take longer, in part because of the number of parties – including investors, underwriters, trustees, servicers and payment agents – that have to sign on.

In June 2020, Vanguard and Symbiont – with which the asset manager had been partnering since 2017 – along with BNY Mellon, Citi and State Street completed “the first phase of a blockchain pilot designed to digitize the issuance of asset-backed securities” (ABS).

Three months before that auto loan deal, Figure Technologies, with Provenance Blockchain, said it issued “the first ever securitization backed by loans originated, serviced, financed and sold on blockchain.”

Vanguard’s Pennington said putting securitizations entirely on the blockchain is “the ultimate vision.” The asset manager’s 2020 deal instead aggregated traditional car loans and created a special-purpose vehicle (SPV) on the blockchain to hold them. The SPV then issued digital securities to investors on the blockchain where they have since traded. Those participants have yet to pursue additional ABS deals on DLT, Pennington said, because of reduced financing demand amid the pandemic.

Pennington sees DLT gaining more traction in ABS over the next year or two.

Redwood Trust, a frequent issuer of residential mortgage-backed securities (RMBS) in the quasi-private Rule 144a market, became the first major RMBS issuer to employ DLT, according to a September 22 announcement. Liquid Mortgage, a digital asset and data platform built on the Stellar blockchain, provided daily reporting of loan-level principal and interest payments on that and three subsequent transactions last fall. 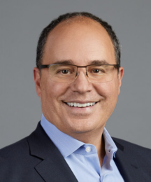 In announcing the first transaction, Fred Matera, Redwood Trust managing director and head of residential, said the enhanced payment reporting is “the first step on a path to putting an entire RMBS transaction on the blockchain.”

Matera, appointed a director last April of Liquid Mortgage, in which Redwood Trust invested, added that with speed and accuracy, DLT can drastically increase transparency and reduce friction in legal documents and contracts, diligence, reporting and data. And it need not happen all at once.

“We believe initially that the scope should be limited to allow the introduction of the technology without requiring an industry-wide transformation that would take years and billions of dollars of investment,” said a Redwood Trust white paper, Building a Mortgage Blockchain Ecosystem.

Redwood also said that introducing blockchain technology into the post-close process – as it did last fall – could benefit all non-agency RMBS participants and investors. It characterized DLT as a tool to be used by servicers, trustees, paying agents, underwriters and third-party due diligence firms, rather than a replacement of those functions.

In fact, introducing DLT in digestible pieces to foster market participants’ confidence in the technology, rather than the end-to-end approach taken by Figure Technologies, has gained popularity.

Germany-based Cadeia provides a platform enabling market participants to negotiate the structure of a securitization, such as whether to securitize traditional or tokenized assets, and which tranches to put on a blockchain and/or issue in traditional form. Those elements are then converted into smart contracts that automatically execute and document the cash flows, covenants and other functions throughout the transaction’s life. 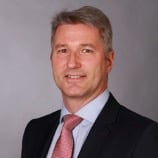 Cadeia announced on December 7 completion of a private securitization of Bank of Liechtenstein corporate loans, with three tranches of digital-security tokens issued on the platform. Deal participants could have negotiated instead the issuance of traditional securities or a side-by-side mix of traditional and digital tokens. In the absence of a central bank digital currency, the cash flows were executed by smart contracts in fiat currency.

“We are completely indifferent whether the assets we securitize or the liabilities are tokenized in the blockchain, or in traditional form, and whether payments will be made in fiat or digital currency,” said Cadeia co-founder and head of structuring Rolf Steffens. The pilot used the Ethereum blockchain, but the platform is blockchain-agnostic and can accompany any public blockchain as well permissioned ones, he added.

The eventual goal is for securitizations to be fully digitized, from loan origination through the life of the transaction, but the Cadeia platform allows participants to go fully digital when they’re ready. While trustees or other parties in the capital markets will still play a role, “Cadeia will make their lives easier,” Steffens said.

The “Beauty” of Traceability

The evolutionary, rather than revolutionary, nature of blockchain in the securitization market was addressed at Information Management Network’s ABS East conference in December in Miami Beach. Speakers agreed that ABS adoption is likely, especially as more of a regulatory framework develops, perhaps within a year.

“The central beauty of DLT is the traceability of the data and information,” said ABS East panelist Sudeep Kanjilal, chief digital officer of securities services at BNY Mellon. “Even if something goes wrong years later, participants can go back and take a look.”

Guillaume Fillebeen, consulting director at Intain Inc., which in early 2020 partnered with WSFS Bank’s Institutional Services division on a blockchain-based trustee reporting tool for asset-backed transactions, noted the importance of being able to review data sources, even 10 or more years later. He recalled that in the Great Financial Crisis, “a lot of [MBS] issuers disappeared overnight, and there was no way to retrieve information on the different criteria used to originate the underlying loans.”