Corporate and institutional investors in prime and tax-exempt money market funds may have to look for alternative cash management tools if the Securities and Exchange Commission rejects industry pleas regarding a regulatory proposal issued last December.

The proposed changes to SEC Rule 2a-7, the agency’s principal MMF regulation, came in response to investors’ fleeing such funds when the COVID-19 pandemic struck in March 2020. The SEC moved to address the risk of runs as well as redemption costs and liquidity, Chair Gary Gensler said.

In submitted comments, MMF industry participants strongly supported removing fees and gates instituted in 2014 amendments to the rule. They argued that investors’ concern about losing access to their money was a factor prompting the exodus from prime and tax-exempt funds. Many also supported higher liquidity requirements, though not necessarily as much as the 25% daily and 50% weekly liquid asset minimums that the SEC called for.

Comment letters exhibited strong opposition to requiring stable net asset value (NAV) funds to convert to a floating share price when market conditions produce nominal negative yields. And the industry was ardently opposed to “swing pricing,” a provision requiring a fund to adjust its NAV so that the first shareholders fleeing a fund share the redemption cost with those remaining in the fund.

“Swing pricing is a plague on money market funds,” wrote Federated Hermes president and CEO J. Christopher Donahue. “One trillion was taken out during the last round of changes, and the remaining $300 billion will be largely taken out with swing pricing,” said the comment letter.

Less hyperbolically but with considerable force, Fidelity Investments’ submission from chief legal officer Cynthia Lo Bessette included a lengthy critique of swing pricing. It said the firm is “deeply concerned that regulators have rushed to the conclusion that swing pricing would be an effective tool, despite the overwhelming evidence to the contrary.”

“We also note that even if funds could accommodate the operational challenges of swing pricing, only the largest funds would likely survive because the costs would be substantial and prohibitive for smaller funds,” stated Investment Company Institute president and CEO Eric J. Pan. 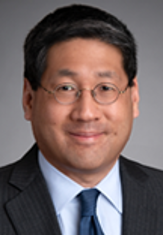 To implement swing pricing, an institutional MMF would have to develop policies and procedures to provide a good-faith estimate of the costs of pro-rata sales of securities to satisfy the net redemptions, according to a SEC fact sheet. Then it must calculate the market impact costs if net redemptions exceed a specified threshold.

The U.S. firms’ pushback notwithstanding, swing pricing for MMFs has been used in several European jurisdictions over the past few decades, according to a 2019 International Monetary Fund working paper. It concluded that swing pricing enables funds to more effectively manage liquidity risk and reduces redemptions during periods of high maket stress. But it also found that funds with swing pricing have difficulty attracting new investor capital outside the crisis periods, because of their portfolios’ greater tracking error.

Aite-Novarica Group capital markets analyst Vinod Jain recalled that in the wave of regulations stemming from the post-crisis Dodd-Frank Act, the Commodity Futures Trading Commission under then chairman Gary Gensler mandated a clearing and execution infrastructure for over-the-counter swaps. Although the financial industry recovered quickly from the early pandemic swoon, the Archegos Capital Management collapse and the “meme stock” boomlet were among the market events prompting a long list of rulemakings by the Gensler-led SEC, including the Rule 2a-7 amendments.

“They’re looking at all the different things that could happen to institutional MMFs in terms of risk management and trying to make sure they’re sustainable in case of market events—not just one event but also the second and third,” Jain said.

Noting that many of the CFTC’s OTC proposals took effect despite withering criticism from affected market players, Jain said, “There may be some exemptions to parts here and there, or a delay in the implementation process. But we haven’t seen many instances where Gensler has significantly modified proposals in the final rule.” 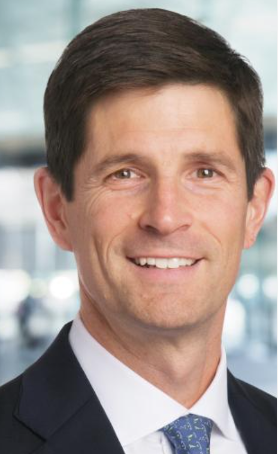 If that is the case this time around, MMF managers would likely have to consider whether to continue by making necessary systems changes to comply with swing pricing and other provisions, such as converting to floating NAVs in a negative yield environment. Charles Schwab Corp. president Rick Wurster’s response to the SEC asserted that if swing pricing had to be applied to Schwab’s $2.7 billion prime fund, “We would likely close the fund and exit the prime institutional MMF business, as the cost of building and implementing the capability to impose swing pricing would far outweigh the benefit.”

The institutional money fund space thus could shrink significantly, with “dramatic implications for the short-term funding markets,” Wurster warned, as financing options for companies, nonprofits and state and local governments would be reduced. The commercial paper market would suffer the effects of fewer available purchasers.

Should a negative rate environment occur and MMFs switch to floating NAVs, the Schwab comment added, a significant portion of MMF outflows are likely to become bank deposits, causing bank capital requirements to rise and potentially creating broader financial system and macroeconomic risks due to concentration. And a final rule that includes these provisions could disrupt the Treasury bond market, since MMFs are “key buyers” of those securities.

The CFA Institute Systemic Risk Council took a different position, with co-chairs Simon Johnson and Erkki Liikanen recommending that the SEC approve all proposed MMF provisions and, since they may be still insufficient to prevent destabilizing runs, perhaps also impose capital requirements on the funds as is done with banks.

“While prime money fund sponsors may protest the cost of these measures, including swing pricing, it is not the task of the commission to ensure that operating prime money funds is a profitable business,” the SRC leaders wrote. “Rather, it is the commission’s responsibility to protect investors and ensure that mutual fund sponsors internalize the costs associated with their activities.”