Ever since Harry Markowitz introduced Modern Portfolio Theory (MPT) in “Portfolio Selection,” a 1952 Journal of Finance article, institutional investors have applied it to spread their risk across portfolios that are allocated to portions of stocks and bonds in painstakingly calculated percentages.

“It’s called back to fundamentals,” Markowitz said in a recent interview. “Subject to whatever constraints the law or your internal policy poses, you want to get the maximum return, or a given expected return subject to constraints.

“I just worked out the mathematics of how that works,” Markowitz recollected. “This was so immediate that I don’t know why it took so long for someone to discover it and write it all down.”

In Moving Beyond Modern Portfolio Theory: Investing That Matters, authors Jon Lukomnik and James P. Hawley are essentially wondering why it has taken so long for someone to pose a serious challenge to Markowitz. Their book, published last April, argues that the risk landscape has changed so much since 1952, particularly with the ascendance of environmental, social and governance (ESG) factors, that MPT has become “disconnected from economics.”

Central to the argument is an intriguing spin on non-diversifiable and systemic risk, further spelled out by Lukomnik and Hawley in separate interviews for GARP Risk Intelligence, and the extent to which institutional investors are able to raise or lower the value of the shares of companies they own by applying pressure based on, say, the number of women companies employ in management positions, or the amount of pollution they pump into the environment. 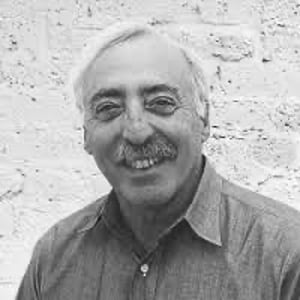 It’s not just that MPT did not anticipate risks stemming from 21st-century social and ethical norms, such as reputational damage from consumer boycotts, or discriminatory actions subject to regulatory penalties, or legal liability as in the tobacco settlement. It’s that MPT did not contemplate institutions’ market dominance. In 1952, individual investors accounted for 92% of stock ownership versus institutions’ 8%. Today, those percentages are reversed, according to Hawley, who is professor emeritus, School of Economics and Business, Saint Mary’s College of California, and head of applied research at Truvalue Labs, now part of FactSet.

The irony is that institutional acceptance of MPT for stock and bond allocations in pension funds, mutual funds and exchange-traded funds (ETFs) ultimately served to maximize their hold over the markets. “Not only did it change the nature of the assets in which [they] invested, but it in effect created the market for pre-packaged diversification, which turbocharged mutual funds and professional investing,” said Lukomnik, founder and managing partner of Sinclair Capital, co-founder of the International Corporate Governance Network (ICGN) and GovernanceMetrics International (now part of MSCI), and a former adviser to New York City pension funds.

When institutional investors started using ESG criteria in screening investments, a risk arose that, according to Lukomnik and Hawley, Markowitz’s math was not equipped to diversify.

“Ironically, some practitioners with their feet on the ground who are using MPT will also be active in, for example, corporate governance engagement to basically attempt to change behavior, which is, from an MPT perspective, strictly systemic risk, which you cannot affect,” Hawley said. He cited Engine Number One, which took three Exxon Mobil Corp. board seats in an attempt to accelerate the energy giant’s transition to renewable energy. 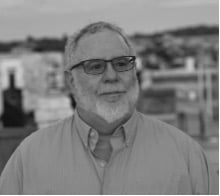 “These systemic risks are not able to be mitigated by diversification,” Lukomnik said.

As such, MPT assumes that markets impact one’s investments, but it does not take into account the impact the investments make on the market, the authors contend. Such impact tends to be unintentional, taking the form of index effects, super-portfolio effects, or risk-on/risk-off market effects.

Markowitz does not see ESG driving stock or bond prices – much less whole sectors’ values – and he insists that MPT takes any such eventuality into account.

“It’s not driving, it’s constraining,” he said. “In other words, I want to have a high return. I don’t want to have any significant assets that really affect me have much volatility. I realize there is risk in the world, and there is a tradeoff between risk and return. I’ll assume that I am not such a big investor that I affect the markets. But, if that is not true, then there is the theory of monopolistic competition.”

In monopolistic competition theory, the actions of any particular player do not directly affect those of its rivals.

Hawley and Lukomnik’s criticism of MPT goes further. The source of non-diversifiable or systemic risk need not be only ESG, but simply “an external shock that is not generated by the financial markets,” Hawley said.

Hawley and Lukomnik cite a litany of risks that they say MPT doesn’t take into account, such as events as disruptive as the COVID-19 pandemic. They point out the pandemic resulted in the loss of 15% of payroll jobs in the U.S. in March and April, 2020. Labor generally had not been considered material prior to 1952, they explain.

The “Moving Beyond MPT” authors also note that MPT did not anticipate the use of artificial intelligence and the mining of big data, which now moves markets. They point out that AI has the power to predict what will become material in future – even if investors or regulators don’t yet perceive it as material.

“In my mind, materiality is a process,” Hawley said. “It's neither black nor white, but it's a spectrum of things that become material – sometimes very quickly, sometimes slowly. It's a trend and, like any trend, segments of the market recognize that earlier.”

Jonathan Parker, Robert C. Merton Professor of Financial Economics and finance department head, MIT Sloan School of Management, doesn’t hold MPT responsible for any such surprises. “You might think, ‘Well, I had it in as a 1% chance and it happened, so was I unlucky, or was I wrong at the 1% chance?’”, he said. “But that doesn’t in any sense invalidate the theory as the best way you can combine what you think about the future into a quantifiable recommendation for how to invest.”

While MPT relies on diversification for risk mitigation, it does not examine the causes of underlying volatility, Lukomnik and Hawley maintain. According to Hawley, MPT is “self-referential” in that it focuses on “extracting returns from the existing market at a particular point in time.” Thus, MPT is “unaligned with the real-world purpose” of saving for retirement, college, vacations, or day-to-day needs.

There is no rebuttal from Markowitz in the book. The authors said they did not contact the 94-year-old Nobel laureate about their work, nor did they ask for feedback.