Although cryptocurrency values have crashed, it is not just true-believing bitcoin maximalists who are keeping faith in the asset class. Investment advisers are recommending modest portfolio allocations; 35% of high-net-worth investors in a survey by London-based alternative asset platform AssetTribe express interest in crypto funds; SigTech finds that 85% of hedge fund managers anticipate a rise in digital-asset trading.

Such indicators suggest that years of work on digital market infrastructure, by crypto native startups and with traditional financial institutions increasingly in the mix, were not off target. The stated goal is to build “industrial-” or “institutional-strength” security, reliability and resilience, and these efforts are coalescing and gaining considerable visibility in digital-asset custody.

Analogous to the servicing and safeguarding of assets and related data in traditional finance, digital custody was pioneered by the likes of Paxos, which built qualified, or regulated, offerings around a New York State trust company charter starting in 2017; and BitGo, which in 2018 launched South Dakota-chartered BitGo Trust Co. The latter has stressed its independence, in contrast to custody services provided by cryptocurrency exchanges, and that "institutional custody is not the same as retail custody," in the words of CEO Mike Belshe.

BitGo, which late last year reported $64 billion in digital assets under custody, had by then become New York-licensed. It joined Paxos, Coinbase, Gemini and several other exchanges with that designation, which many in the industry regard as a gold standard. “The past year has been exceptional for BitGo and the digital asset markets overall, primarily due to the influx of large financial services institutions that bring a new level of credibility, liquidity and stability to the crypto ecosystem,” Belshe said.

JPMorgan Chase & Co. Chairman and CEO Jamie Dimon, an avowed bitcoin skeptic, wrote in his April 2022 shareholder letter that “decentralized finance (DeFi) and blockchain are real, new technologies that can be deployed in both public and private fashion, permissioned or not.” Tyrone Lobban, head of JPM’s two-year-old Onyx Digital Assets, spoke in June about tokenizing and bringing into DeFi trillions of dollars of assets “so that we can use these new mechanisms for trading, borrowing [and] lending, but with the scale of institutional assets,” CoinDesk reported. 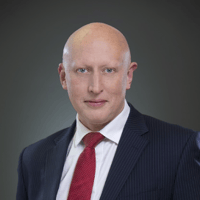 “Traditional and digital markets already coexist, and the boundaries between the two will only continue to blur over time,” explained Justin Chapman, leader of the new Northern Trust group after serving as head of market advocacy and innovation research. “At the same time as more institutional investors are entering the digital arena, the rest of the securities industry is also facing an unprecedented amount of change arising from new regulation, market evolution and the development of emerging technology capabilities.

“For investors wishing to navigate this environment,” Chapman continued, “our new combined group will provide access to market-leading expertise, industry insights and continued innovations across all markets and all asset classes.”

While powerful competitive forces are in play, the upstart-versus-incumbent lines are blurred – and the cause of crypto-market legitimacy and stability likely served – by various investments and alliances, and desires for standards and interoperability.

BNY Mellon, for instance, is a strategic investor in crypto custody “unicorn” Fireblocks, which claims 1,300 institutional users. In May, Fireblocks said that U.K.-registered Zodia Custody, a Standard Chartered subsidiary jointly developed with Northern Trust, joined Fireblocks Network “to connect their user base with every major exchange, OTC, liquidity provider, and trading venue in the digital asset space.” 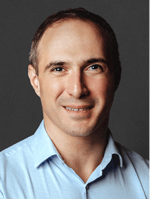 “Fintechs and banks require not only a specialized custody and settlement infrastructure to ensure customers’ funds are safely managed, but a platform that enables new lines of digital offerings,” Fireblocks CEO Michael Shaulov said in a statement. “While we have no plans to become a bank, we believe our infrastructure will lend itself perfectly to power an entirely new era of financial services.”

SDX believes digital assets and the underlying blockchain ledger “offer clear benefits that traditional infrastructure cannot provide,” SDX chief David Newns said July 5. The Zurich-based operation “is supporting institutional adoption through the launch of the SDX Exchange and CSD [central securities depository] in October last year, and with the launch of SDX Web3 Services last month. SDX Web3 Services is committed to delivering a suite of future-proof solutions for institutional players as they embrace Web3.” Introduction to Swiss and European clients is expected in this year’s second half.

State Street announced an agreement in March to license and leverage technology from Copper.co to “launch an institutional-grade digital custody offering where clients can store and settle their digital assets within a secure environment operated by State Street.”

Nadine Chakar, head of State Street Digital, said, “As institutional investors’ interest in digital assets continues to grow, we are building the financial infrastructure needed to support our clients’ allocations to this new asset class.” The unit’s mission “continues to focus on putting the right tools in place so we can provide clients with solutions to support their traditional as well as digital assets needs,” Chakar added. 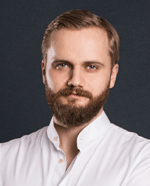 “Decentralized finance has the potential to drive innovation in all aspects of traditional finance, from derivatives to insurance,” Dmitry Tokarev CEO of Copper, which has over 500 clients, said when announcing additions on July 1 to the CopperConnect ecosystem. “By providing resilient infrastructure and widening CopperConnect’s DeFi coverage with leading protocols such as Arbitrum, BNB, Avalanche and Fantom, we hope to open up exciting opportunities for further growth in DeFi, the cornerstone of the future of finance.”

Copper gained approval in May from the Swiss self-regulatory agency VQF, “underscor[ing] our commitment to working with regulators around the world, to standards set in multiple jurisdictions, to become a worldwide leading provider of digital-asset custody and infrastructure,” said chief legal officer Carly Nuzbach Lowery.

Metaco, founded in Switzerland in 2015, provider of the Harmonize digital-asset custody and orchestration platform, and a portfolio investment of Standard Chartered’s SC Ventures, in June and July alone announced partnerships with Citigroup, Societe Generale – FORGE, BNP Paribas Securities Services (which is also working with Fireblocks) and Archax, the last an IBM Cloud implementation.

Metaco vice president of strategic alliances Seamus Donoghue said London-based Archax is representative of how “the U.K. has a key role to play in bridging traditional finance and digital assets . . . The first Financial Conduct Authority-regulated digital securities brokerage, exchange and custodian, Archax is at the vanguard of this transition, enabling seamless institutional access to the sector.” 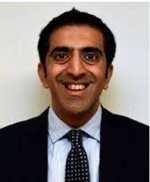 Now emerging into this competitive field under new ownership is Pyctor, whose digital custody and post-trade network services were incubated in ING Group’s Neo innovation lab and sold to market-infrastructure technology company GMEX Group. Their July 11 announcement touched on the common themes of collaboration – other financial institutions and regulators participated in Pyctor’s development, and ING will maintain a continuing relationship – and interoperability across public and private blockchains.

GMEX chief executive Hirander Misra said that Pyctor’s institutional-grade custody technology, which like other vendors’ platforms employs secure multi-party computation, “complements and strengthens the breadth of GMEX’s MultiHub ‘global network of networks’ as part of our strategic ethos of stimulating growth in the digital assets market. With this acquisition, GMEX Group consolidates its position as the first platform to offer an end-to-end multi-asset, multi-sector hybrid finance (HyFi) solution that bridges the gap between off-chain traditional finance (TradFi) and on-chain decentralized finance across jurisdictions.”

Anchorage Digital, whose Anchorage Digital Bank in early 2021 was the first of its kind to be approved for a federal charter by the U.S. Office of the Comptroller of the Currency, spearheaded what it terms “a groundbreaking, industry-first custody exchange network giving institutions direct access to most trading pairs across prominent exchanges.” Binance.US, CoinList, Blockchain.com, Strix Leviathan and Wintermute were mentioned in the June 9 announcement.

“At the end of the day, we believe exchanges and custodians should be structurally different,” said Anchorage Digital co-founder and CEO Nathan McCauley. “Traditional finance has long been held to the same standard; if the crypto industry wants to cultivate the same level of trust with investors and the public, we need to follow the same playbook.”

Binance.US president and CEO Brian Shroder said that the “integration eliminates multiple pain points to institutional trading and marks a major milestone in the evolution of digital-asset infrastructure.” He sees in the collaboration the potential “to bring more differentiated crypto offerings to the U.S. market.”

Almost concurrently with Anchorage, DeFi market infrastructure provider Bosonic announced formation of the Bosonic Cross-Custodian Net Settlement Working Group with digital-asset custodians such as First Digital in Hong Kong, Tetra Trust in Canada and Vast Bank in the U.S. The payment- and settlement-focused project will “help establish the protocol and best practice between custodians around the world on the Bosonic Network as part of the launch of Bosonic’s Cross-Custodian Net Settlement platform.”

Bosonic CEO Rosario Ingargiola called it “an industry first” and “the only custodian-agnostic payment versus payment settlement network on a working layer-2 blockchain.”