A Risk-Based Way of Thinking About Digital Assets

In January 2021, Mark Makepeace came out of a short-lived retirement from London Stock Exchange Group’s FTSE Russell to become CEO of Wilshire. He immediately got into educating pension funds, asset managers and other institutional clients on the myriad risks of investing in cryptocurrencies. Now he is developing risk management tools – including a taxonomy for digital assets, cryptocurrency indexes, and a rating system for crypto exchanges – and putting some of them in his clients’ hands.

“We clearly want to create not just transparency, but also a much more risk-based way of thinking,” says Makepeace, who founded the FTSE index business in 1995 and was LSEG’s group director of information services. 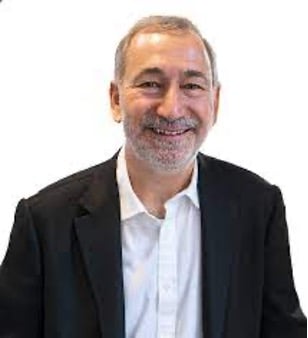 That vision is at the heart of Wilshire’s strategy to smooth institutional investing in digital assets. To guide it to fruition, Makepeace in December announced formation of the Wilshire Digital Asset Advisory Group. It held its first meeting on February 16 and is chaired by Blythe Masters, founding partner of Motive Partners, one of two private equity firms that acquired Wilshire Associates in 2020. Masters, formerly head of JPMorgan’s global commodities business and currently a Credit Suisse board member, was CEO of blockchain venture Digital Asset Holdings before co-founding Motive Partners in 2016.

“The value she brings is that she straddles” the worlds of Wall Street and crypto, says Makepeace.

Wilshire is not alone among financial firms turning to outside experts to help navigate the new risk landscape at the convergence of digital and conventional assets.

In November, Galaxy Digital Holdings, the crypto trading and investment firm founded and led by former hedge fund manager Michael Novogratz, brought on Neal Katyal, a Georgetown University law professor, Hogan Lovells partner and former U.S. acting solicitor general, as a senior adviser and chair of an advisory board that “will advise the company on strategy, regulatory policy, and governmental affairs.”

By September, when One River Digital closed a Series A financing with Coinbase Ventures, Goldman Sachs and others, the advisory council included Courtney Simmons Elwood, former Central Intelligence Agency general counsel, and ex-Tennessee Congressman Harold Ford, Jr. In January it added Jason Cummins, who was chairman of the U.S. Treasury Borrowing Advisory Committee and senior economist of the Federal Reserve Board and is currently Brevan Howard’s head of research and chief U.S. economist. (U.K.-based Brevan Howard has ramped up a digital division, and the hedge fund firm’s co-founder, Alan Howard, is himself an active crypto sector investor.) 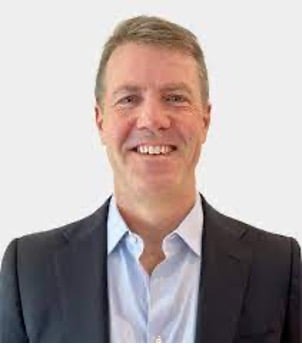 “Recognizing that the case for digital assets and, more broadly, the digitization of our financial system will require dialogue among the industry, regulators and governments around the globe,” said One River Asset Management founder, CEO and chief investment officer Eric Peters, “One River set out to build an advisory council with a diversity and depth of expertise commensurate with that challenge.”

Starting with the Basics

Makepeace says the Wilshire Digital Asset Advisory Group arose out of discussions with pension funds and other clients of Wilshire’s legacy investment consulting business. “At a couple of the trustee boards I attended, the issue of ‘can you tell me about digital assets?’ has come up,” Makepeace recalls. “It’s not that they want to invest. They want to understand.”

Before their first meeting, on the subject of a Digital Asset Taxonomy System (DATS), advisory group members were asking fundamental questions, such whether ISIN and CUSIP codes could be assigned to digital assets. “You go from very basic things you don’t always think about up front, to some of the more market related issues around volatility and liquidity,” Makepeace explains.

Before security-type numbers can be assigned to them, coins, tokens and other digital assets have to be defined. Wilshire’s DATS is a comprehensive methodology for classifying 1,000 digital assets from industry to subsector based on their functionality.

“Taxonomy is a standard, in a way,” Makepeace says. “That will allow research of a higher quality, which will allow investors to have a greater understanding of the range of assets.”

Also on the first meeting’s agenda was “a carbon-light approach to digital assets,” addressing concerns about the energy consumption and environmental impact of cryptocurrency mining. A possible solution is tokenization; Martin Howard, Wilshire senior vice president for index research, cites the Moss Carbon Credit (MCO2), which was issued in 2020 to preserve trees in the Amazon.

A next step will be creation of blended prices for digital assets, which Wilshire will base on data from exchanges. First it will have to decide which exchanges to trust.

Makepeace sees today’s cryptocurrency exchanges as similar to stock exchanges in emerging markets in the 1990s, when Western investors were coming to grips with their volatility, corruption and political uncertainty. Wilshire vetted emerging markets using a watchlist, which eventually brought them into global portfolios, Makepeace notes. In March 2008, for example, Bahrain, Kuwait and Sri Lanka joined the Dow Jones Wilshire Global Index family.

“We are going to do the same in terms of digital asset exchanges,” says Makepeace. “That’s all about improving risk.”

The main factor that Wilshire is now using to rank crypto exchanges is “clean pricing,” which comes from “economic activity between buyers and sellers,” says Howard, and ensuring “there is no evidence of horse trades or volume manipulations.”

Other factors for Wilshire are whether Know Your Customer (KYC) and anti-money laundering (AML) policies are in place, and overall management quality. “Do they actually know what they’re doing, as opposed to setting up an exchange in a bedroom?” Howard says.

As of January 31, Wilshire had identified seven exchanges as safe enough to incorporate in calculations of blended prices for digital assets: Bitstamp, itBit, Bitfinex, Coinbase, Kraken, Gemini and LMAX Digital.

“Simple things that play on the minds of larger institutions – risk and implementation of risk – we have taken on board to produce this ranking system,” says Howard.

Wilshire then went so far as to set 24 closing prices – in each of 24 time zones. “It allows you to settle at a liquid time,” explains Howard, “with a price you can trade during your trading hours, not someone else’s trading hours.” It also helps investors comply with local regulations requiring them to mark to market.

In collaboration with CryptoCompare, in September 2021, Wilshire created the FT Wilshire Multi-Digital Asset Indexes, including 10 single-asset indexes and three multi-asset indexes for bitcoin, ethereum and other widely traded cryptocurrencies.

Makepeace hopes the advisory group will ultimately play a role in raising the standards of the global market for digital assets. That’s why a consultant from the consultancy side of Wilshire, which selects money managers for institutional investors, is sitting on the board. “Those people will want to know all of the risks and the issues with investing in any forms of token in the future,” Makepeace says.

In other moves toward tokenization, on February 11, One River Digital Asset Management started offering separately managed accounts (SMAs) with Coinbase Prime technology to institutional investors. “Blockchain technologies allow vastly more efficient trading and settlement, and this will push the financial system to tokenize the majority of real and financial assets,” said CEO Peters.

Institutional investors will want to be dealing with trusted intermediaries, so Wall Street banks are building digital asset teams. “They’re all trying to understand where they can play – whether as a custodian or in transaction management,” says Makepeace. “I don’t think they have the answers yet.”

One factor holding back institutional investors is that the crypto exchanges are a largely “retail phenomenon,” says Howard. And operational “plumbing” issues have to be addressed to satisfy those entities. “That’s another reason for the advisory board. It’s to bridge this gap.”

How long will it take to bridge the gap? Although “the transformation to the digital financial world is happening quicker than anyone thought,” says Makepeace, “my guess is that over the next three to five years most firms will have transitioned to that new world.” It’s still anyone’s guess when public pension funds will actually start investing $200 million at a time – their minimum bet – in digital assets.