Amid the pandemic and the Great Resignation, risk management and human resources are called on to collaborate; employers encouraged to be flexible and pay attention to what their employees want

It’s a paradox made more pronounced by the pandemic: People are a company’s greatest resource, and also its greatest risk.

Start with all the buzz around the Great Resignation, which saw a record 4.5 million U.S. workers quit in November. That was about 3% of the workforce, according to the Society for Human Resource Management, bringing the 11-month 2021 total to nearly 43 million at an average of 3.9 million a month. The Bureau of Labor Statistics said December quits eased to 4.3 million, and the rate to 2.9%. 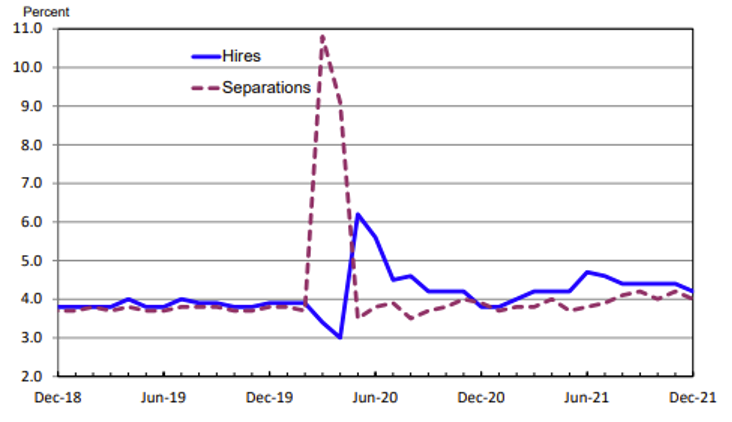 The U.S. quit rate – a subset of job separations – was 2.9% in December (Bureau of Labor Statistics data).

And that’s just the tip of an iceberg.

“It’s never been more urgent to tackle people-related risk,” MercerMarsh Benefits (MMB) asserted in Five Pillars of People Risk, a June 2021 report based on a global survey of 1,381 risk and HR professionals.

MMB defines people risk as “the business risks generated by your workforce and by how you manage, equip and motivate this critical asset.” Twenty-five risks were identified and categorized into the five pillars of health and safety; governance and financial; accelerated digitization; environmental and social; and talent practices.

Matt Duffy, MMB partner and multinational commercial leader in London, maintained in an interview: “As you can see, people risk comes from every single person within the organization. Therefore, in terms of its prevalence and severity, it’s so much more widespread than any other individual line of risks that a risk manager or the board needs to address.”

People risk wasn’t always on risk management radar screens – at least not to this extent. It was mostly seen as something HR dealt with.

The pivot to remote work during the pandemic changed that. Risk executives found themselves tending to the health and well-being of workers, and treading on HR turf in unprecedented ways.

Talent attraction, retention and engagement ranked second only to cybersecurity as the most pressing people risk identified by both risk management and HR respondents in the MMB survey. Others near the top of the list: increasing health, risk protection and well-being benefit costs; deteriorating mental health; and workforce exhaustion.

It should come as no surprise then that risk managers and HR professionals are being called upon to collaborate even more.

How it’s all going to play out, though, is still anyone’s guess. The same goes for what work will look like.

“Companies are trying to fumble their way through this new world,” observed Clifford Rossi, principal of Chesapeake Risk Advisors; professor-of-the-practice and executive-in-residence at the University of Maryland’s Robert H. Smith School of Business; and former managing director and chief risk officer of Citigroup’s Consumer Lending Division.

“It’s a competitive labor market out there,” he cautioned. “It’s about relationships and trust.”

Owl Labs and remote work consulting firm Global Workplace Analytics, in an annual State of Remote Work survey of 2,050 full-time employees, first reported in November in USA Today, found that 90% of those who worked from home during the pandemic said they were “as productive – or more” working remotely. For 84%, working remotely after the pandemic “would make them happier.” 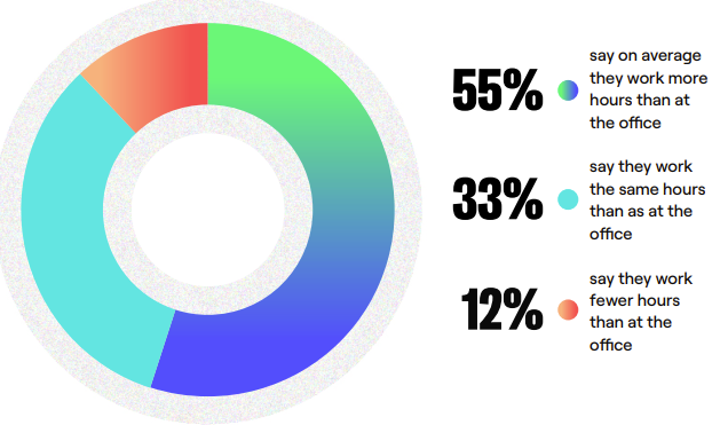 Hours working at home, according to the Owl Labs survey.

What’s more, 38% admitted they would take a 5% pay cut to work remotely at least part of the time. And the BBC last July cited research suggesting people would be willing to take a pay cut “to work for a company that aligns with their values.”

“We have seen that people will leave a job, even to earn less money, if they feel more connected to the organization, to its purpose and to work with, and learn from, other people that are more like them,” MMB’s Duffy reasoned.

“We all want to feel like we belong; that we’re seen and that when we speak, people are listening,” offered Joanne Caruso, executive vice president and chief legal and administrative officer for Dallas-based Jacobs Engineering Group. The 55,000-employee firm’s senior vice president of enterprise risk management reports to her.

Throughout the pandemic, Jacobs has been “doubling and tripling down” on “focusing on the employees and their mental and physical safety and well-being,” Caruso explained. She credits the company’s culture of caring, coming from the top, and the trust created as a result, with helping it keep connected and hold on to employees.

Jacobs has identified culture and people as risks to be managed; surveyed employees about it; and in November, the heads of ERM and HR together presented to the board on it. Last April, the board voted to create an ESG and Risk committee, and a risk appetite statement on culture is in the works. The company starts all meetings with culture of caring moments, typically touching on topics tied to personal safety, health and well-being. It also supports employee networking groups, currently with over 20,000 members; they run the gamut from career-focused to identity-based groups supporting inclusivity. “You don’t have to be a member,” Caruso clarified, “but everybody should feel they belong somewhere.”

While Jacobs has seen some workforce attrition, she indicated numbers are “about where they were before the pandemic.”

“To hear people and their stories, some of the struggles they’re having, and the support from others within the company, it’s pretty remarkable,” the executive shared. “To be having those kinds of conversations in a professional setting helps people become more resilient and understand they’re not facing all of these challenges alone.”

“Employers who show they care have an advantage,” Duffy said, referencing MMB’s 2021 Health on Demand survey of 14,000 workers worldwide. 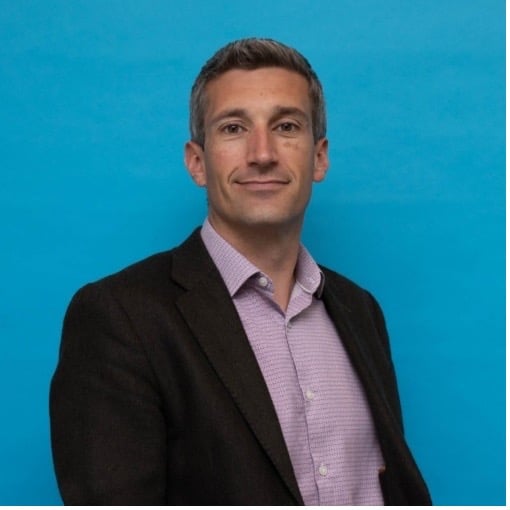 “An organization is nothing without people,” he emphasized. “But if you look at recruiting, retaining and engaging such vastly different individuals across the world – at different life stages, at different career stages, and so on – it’s a really complex but critically important task. You need to make sure you effectively maintain the engagement and align all of those individuals within the business.

“It’s really important that organizations at the highest level have a very clear, top-down strategy and vision around what their organization’s going to look like moving forward.”

MMB in its people risk report encouraged HR and risk managers to “align on top risks and engage the C-suite to adopt a risk mitigation strategy.”

Rossi’s advice, for banks in particular, is to reconfigure risk groups; break down organizational silos and encourage more collaboration between risk management and HR.

LinkedIn chief economist Karin Kimbrough told 60 Minutes in January, “It’s as if that social contract of work is being rewritten, and right now the worker’s holding the pen.” She added that “employers – large and small – simply have to respond.”

“Those organizations who are going to force their people back into the office, even if it’s for two or three days a week, without any choice, ignoring the flexibility now desired, will lose that talent,” Duffy insisted.

Do employers get it – that business as usual may very well be a thing of the past?

“COVID has completely blown up the standard business model,” Rossi cautioned. “I’m not sure how many companies have come to that realization.”

As Bank of America chairman and chief executive officer Brian Moynihan said in a January online event hosted by Fortune and the World Economic Forum: “A lot of people left the labor market and they’re not going to come back, even with a strong bid for their services.”

A few days later, CNN reported that Moynihan made known in a memo that the bank would be distributing $1 billion of restricted stock to most of its workforce.

L.A. Winokur is a veteran business journalist based in the San Francisco Bay area.