The EBA recently released a so-called risk dashboard report that provides relevant insights about how European banks have performed, both amid the pandemic and in response to the Russia/Ukraine crisis. But there are questions about its timeliness.

Challenged by lockdowns, temporary or permanent closures of businesses, and cash-flow shortfalls for many of their business clients, European banks have faced an unprecedented “real-life” stress test since the onset of the COVID-19 pandemic. The Russia/Ukraine crisis, meanwhile, has complicated matters for these financial institutions even further, forcing them to assess and manage a whole different set of risk variables.

To provide some clarity on how banks have handled all of these issues, the European Banking Authority (EBA) recently published its Risk Dashboard Report for 2021. It contains useful statistics on the risks, capital and overall performance of the average European bank from 2019 through 2021 – and features a “special” ad-hoc section on Russia’s invasion of the Ukraine. But the latter section (which included some Q1 2022 data) had the feel of a “quick fix,” raising questions about the timeliness of the remainder of the report.

What, exactly, does the EBA’s report tell us about the way European banks have managed COVID-driven risks? Which Russia/Ukraine factors does it examine, and where does the report come up short, overall?

Let’s start by discussing the initial effects of the pandemic, and how banks and governments responded.

During the early stages of the COVID-19 crisis, there was a significant rise in credit risk, as both NPL ratios and IFRS 9 stage 2 allocations increased.

However, eventually, this risk was largely mitigated by government-support programs. The EU recovery plan for Europe, for example, included three safety nets (for workers, for businesses and for member states) and allocated huge funds to firms investing in digital and green transitions and resilience.

Banks, for their part, used payment moratoria to keep their loans “alive,” ensuring, in particular, the postponement of amortization payments. But this approach had immediate repercussions for their operations. “Rescheduled” future cash flows need to be captured, alongside the original ones, in banks’ core systems – a time-consuming process that increased their administrative burden.

What’s more, banks had to contend with employee health problems (deaths and illnesses) and office closings. Still, it is fair to say that, as a whole, the “knowledge-intensive” financial services industry has adapted well to the “work-from-home” movement.

Interestingly, in the very early stages of the pandemic, one observer called COVID-19 the biggest banking crisis since Lehman 2008 and dotcom in 2000. When we evaluate CET1 statistics, however, this does not seem to be the case. The same conclusion can be drawn when looking at the ratio for non-performing loans.

While the NPL ratio peaked at 2.97% in March 2020, it subsequently declined steadily to 2.04% in December 2021 – its lowest value (according to EBA statistics) over the past seven years.

There is, of course, at least one important caveat to consider. As we've discussed, European governments stepped in with massive relief funds, providing a break to borrowers who may have otherwise defaulted on their loans. However, looking only at the European bank ratios, COVID-19 has not wreaked nearly as much havoc as was originally forecast.

European banks are not yet necessarily out of the woods with respect to the pandemic. “Although the pandemic seems to be abating, further impacts on asset quality cannot be ruled out, as some regions are still affected by COVID-19 variants,” the EBA cautions in its report.

However, overall, we can conclude that – up until now – banks have weathered COVID-19 quite well; key risk, capital and performance statistics are either at or even above their pre-crisis levels, as can be seen in Figure 1. 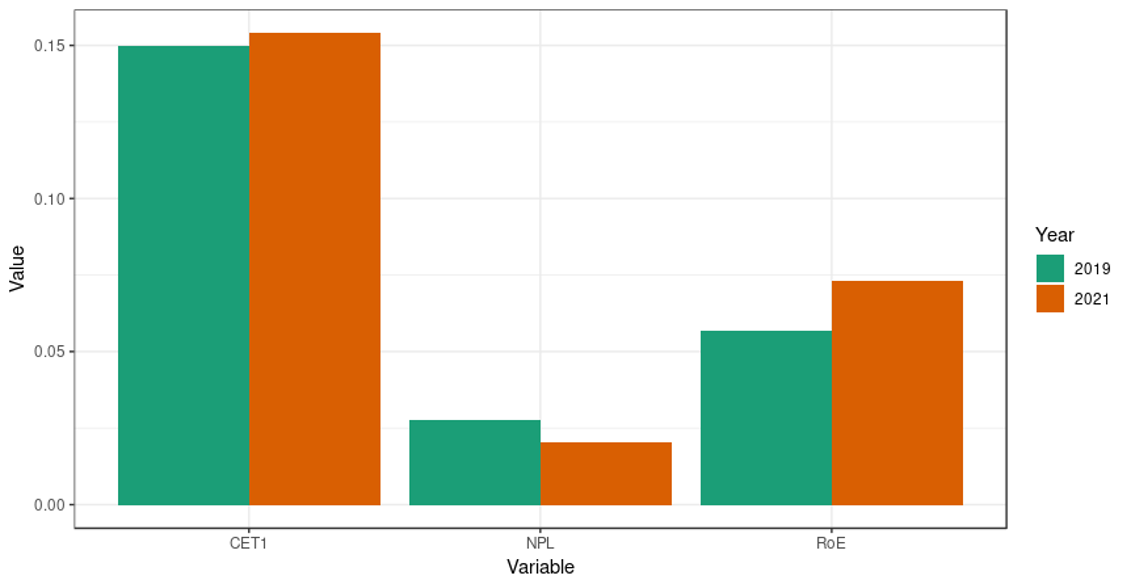 Whether European banks will be similarly efficient in managing the risks of the Russia/Ukraine crisis is yet to be determined. The EBA’s 2021 Risk Dashboard report offers a comprehensive analysis of the impact of COVID-19 on banks – but also features a special ad hoc geopolitical risk section on the “Impact of the Russian Invasion of Ukraine on the EU/EEA Banking Sector.”

In this special section, the EBA distinguishes between first- and second-order impacts of the Russia/Ukraine crisis on European banks. Whereas the first-order impact relates to European banks that have significant exposure to counterparties in Russia and Ukraine (see the countries in which these banks are headquartered in Figure 2), the second-order impact assesses the effects of Russia’s invasion of Ukraine on the banking sector as a whole – i.e., the consequences for the global economy, the fiscal impact, the impact of sanctions, increased levels of cyber risks, and the impact on global supply chains. 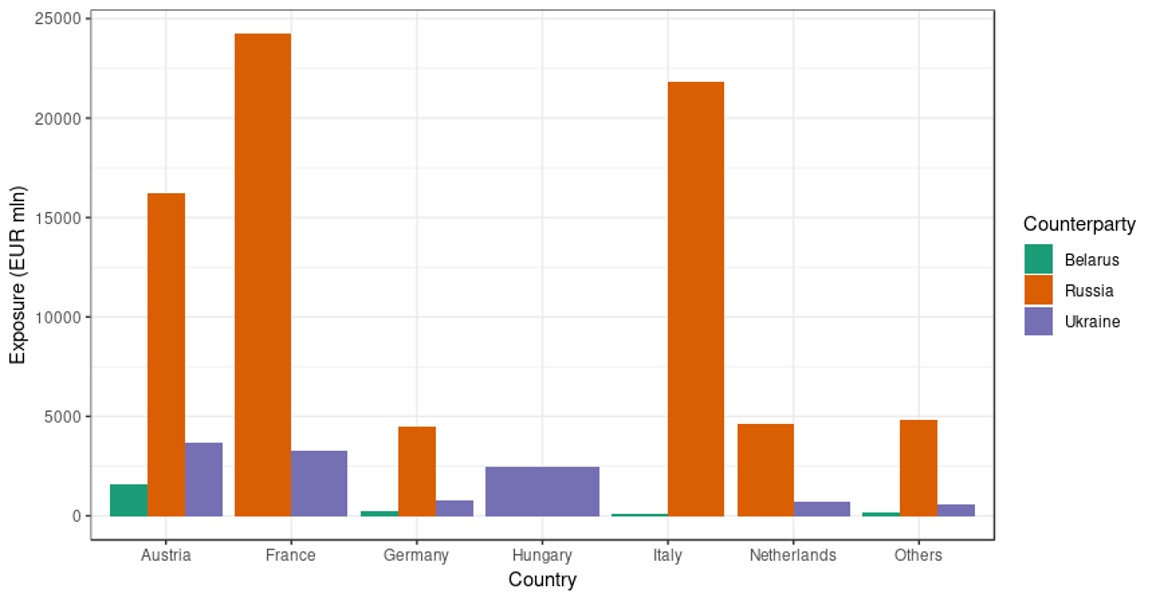 The EBA’s Risk Dashboard for 2021 offers some relevant and timely data about the risks, capital and overall performance of European banks during a two-year pandemic period. However, while it also yields some interesting facts about how these same banks are handling the impacts of the Russia/Ukraine crisis, the report as a whole is not timely enough.

Current events evolve rapidly, often with one stress being followed by another. For example, the pandemic impact is moving out of the headlines (at least for the moment) while a new shock has arrived. But the EBA’s addition of an ad hoc “special feature” section to its April report is not the solution the industry needs.

The ad hoc section (which included some Q1 2022 data) was a good addition, but the problem is that it made the remainder of the report read outdated. Remember, the full report was published on April 1, 2022, but the majority of it (the part that covered the pandemic’s impact on banks’ risks, capital and profitability, etc.) included data only through Q4 2021. The world changed quite a bit from December 31, 2022, to April 1, 2022 (particularly from the perspective of risks and macroeconomics), but that was not reflected in the EBA’s report.

In short, to stay relevant, EBA needs to process and analyze data more expeditiously – and, perhaps, more frequently. Reports like the EBA’s Risk Dashboard are valuable after, say, after a one-month delay, but not a three-month delay. The supervisor needs to step up its pace, following the lead of banks themselves that have quickly shifted their focus to the new crisis.