Impact of Russian Invasion of Ukraine: 5 Insights for Risk Managers

The Russian invasion of Ukraine and the resulting sanctions imposed on Russia have impacted organizations in significant ways and created a range of challenges for financial risk professionals. To better understand how risk managers and their firms have been — and expect to be — impacted by the conflict and sanctions, GARP surveyed over 850 Financial Risk Managers (FRM®) across the globe for their current outlook. The survey asked participants to report on several important issues, including the impact of the invasion relative to major areas of risk, evaluation of firm preparedness, the risk outlook, and key lessons learned.

Respondents indicated that firms were generally not very well prepared for the evolving situation related to the Russian invasion of Ukraine. Most respondents revealed that, while their firms had considered the possible conflict, they were not expecting the situation to evolve as it has. Respondents from European firms indicated an overall lower level of preparedness than respondents from either Asia or the Americas. A general lack of preparedness was also reported amongst firms with moderate to significant exposure to Russia and Ukraine. 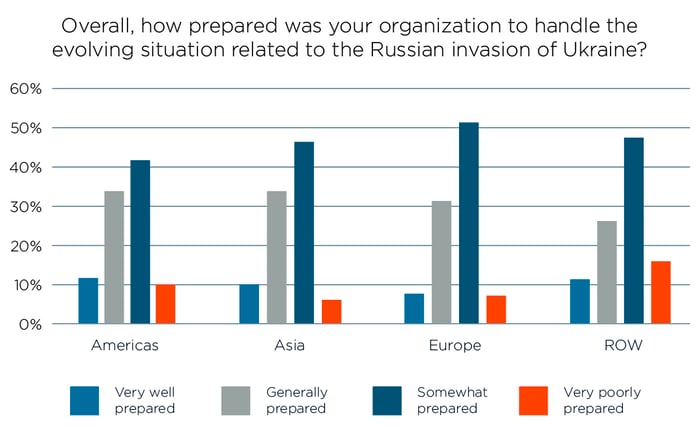 It’s not surprising that few firms appear to have been very well prepared for the conflict, given that most respondents indicated that their firm’s scenario and stress testing analysis only “somewhat” or “very poorly” anticipated a situation like the Russian invasion of Ukraine.

3. Impact of Sanctions on Cost of Capital, Risk Aversion, and Compliance Costs

Almost two-thirds of respondents indicated that adapting to the evolving sanctions regime has been challenging but doable. Respondents from European firms and firms with significant exposure to either Russia or Ukraine indicated a slightly higher level of difficulty in adapting.

Most respondents indicated that sanctions have resulted in increases in their firm’s cost of capital, compliance costs, operational costs, and levels of client and investor risk aversion, with the rise in risk aversion being noted by almost three-quarters of respondents. For European firms and firms with exposure to Russia and Ukraine, these impacts were even more pronounced. 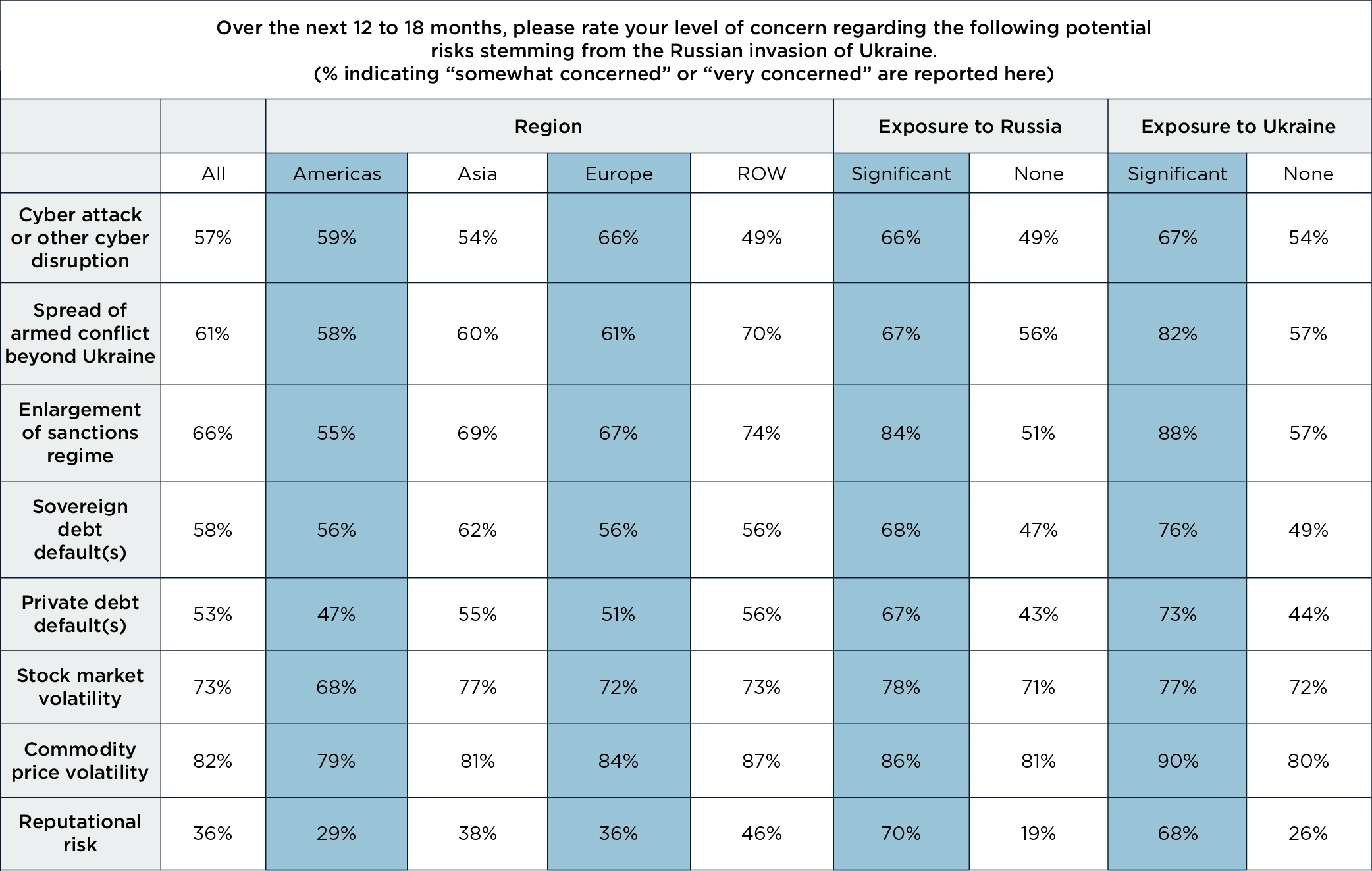 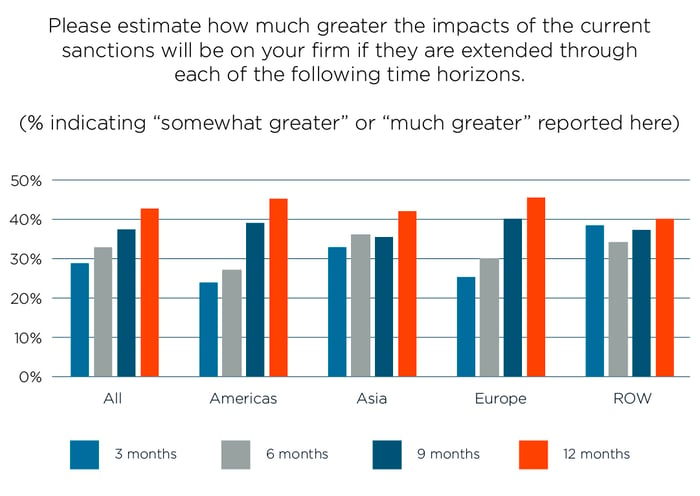 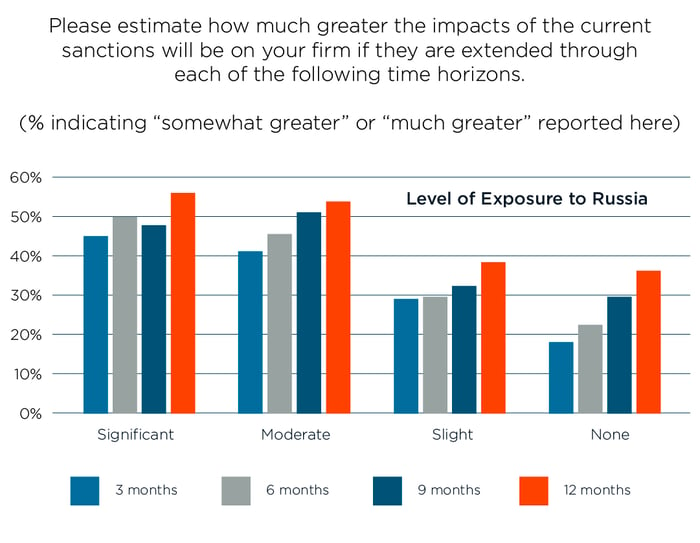 Respondents were asked to provide their perspective on the most important risk management lessons learned so far from Russia’s invasion of Ukraine.

Over 850 FRMs participated in this survey representing a broad swath of risk managers across the globe, financial services firms and risk disciplines, as shown in the respondent breakdowns by region, firm type, and primary risk area in the charts below.